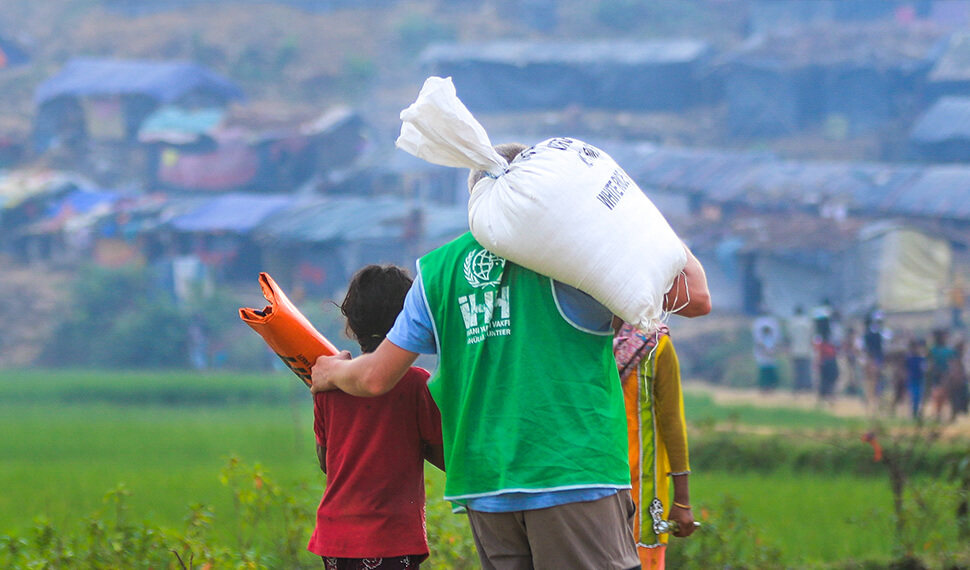 For almost 250 years, in different periods the Rohingya Muslims, who live under oppression and violence in Arakan (Rakhine) in the west of Myanmar, have been the victims of massacres repeatedly. In 1942, the Buddhist groups who raped and killed the Muslim women killed 150 thousand Arakan people. Later, similar incidents occurred repeatedly. Due to Buddhist attacks in June 2012, thousands of Muslims were murdered.

As a result of the oppression and violence of the military that began in October 2016, 100 thousand people were forced to abandon their homes. More than 75 thousand people were forced to live in the Kutupalong Camp located in Bangladesh’s Cox Bazar, which is also known to be the worst refugee camp in the world, and in camps in surrounding areas. As a result of their burnt down villages and oppression, almost 30 thousand people had to move from their homes in Arakan. Since then, hundreds of thousands of Arakan people have been dependent on aid.

The Arakan Muslims who fled from their homes and sought refuge in Bangladesh are struggling to survive in refugee camps under the worst conditions in the world.

In conclusion, with the murder of 10 police in the Arakan region, the conflicts surfaced once again. The Myanmar government and groups that hold the Rohingya Muslims responsible for the deaths of the police, went on a man hunt in the region. The Rohingya people who fled from the massacre, in which thousands of people died and tens of thousands were the victims of torture, are being refused entry at the border by Bangladesh police.

Death figures in the incidents

In Myanmar, in 10 days more than 700 homes, mosques, madrasas, schools and shops were burnt down; almost 35 villages were evacuated. Despite the Bangladesh government’s attempts to prevent the refugees entering the country, in the past few days alone more than 20 thousand Muslims have entered Bangladesh illegally. Almost 60 thousand Muslims are struggling to survive in the mountainous areas because they were prevented from crossing the border.

Our team that is in the region for the Qurban operations, and are continually distributing aid to the Rohingya people, continue to distribute emergency aid to those who are fleeing from these massacres.