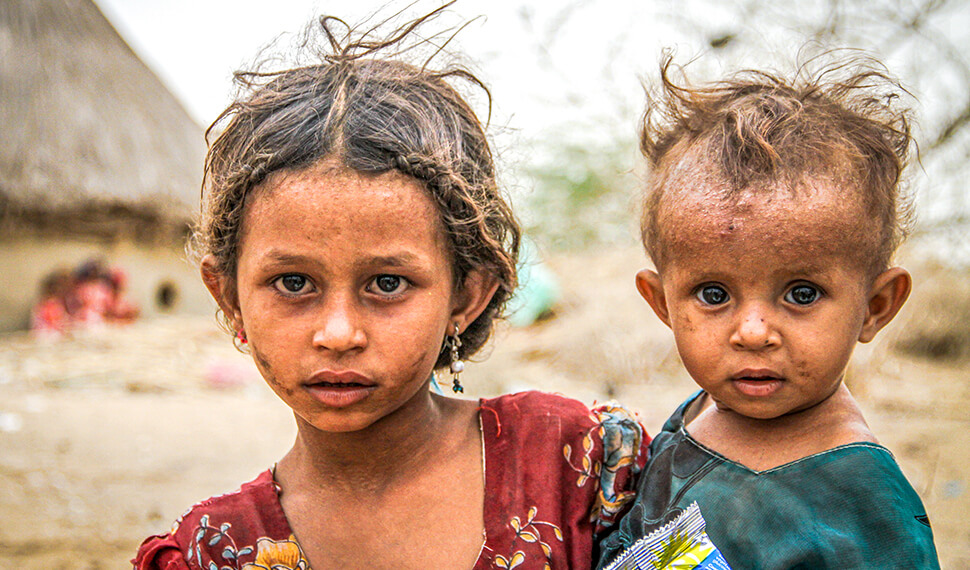 Yemen, which has been the target of international powers since the past due to its proximity to the world’s richest energy reserves, is now trying to survive despite ongoing civil war

10 million people in Yemen are having a hard time to get access to food while 7.000 people are already dead and 3 million people fled their homes because of the skirmishes between factions. The healthcare system has totally collapsed in the country, as there is 1 MD per 450 persons.

We have been working in order to reach out to the needy families in the countryside who are trying to survive in very difficult conditions as a result of the conflict.

As the skirmishes continue famine appeared in Yemen. We aim to help aid the country by delivering emergency aid packages of food, and medical supplies alternately to a little bit alleviate the suffering due to famine and civil war. Especially lack of food and clean water is a huge problem in Yemen while health crisis escalates daily. The civilians are fighting with hunger and illnesses. In order to help improve the situation in Yemen we need the support of charitable people.

Since 2017 IHH has delivered food aid to 5.000 families across the country but especially in the countryside of Taiz and Sana. The aid packages contained baby formula and hygiene kits as well.

IHH delivered health clinic service in İHH in Yemen in 2016 in addition to emergency aids such as food, flour and water. Around two million civilians benefited from IHH’s aid, which still continues.