13000 Quran copies to Ethiopia
IHH Humanitarian Relief Foundation is carrying on the project to distribute 100,000 copies of Holy Quran in Ethiopia. The foundation is giving out free copies of Quran to mosques and madrasahs as cent
Africa, Ethiopia 01.02.2012 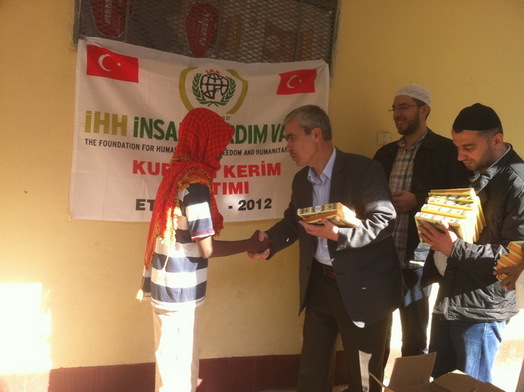 It is said that students who wish to learn Quran by heart get a copy once in 24 days because of high number of students and low numbers of Quran copies available in certain regions of Ethiopia. Therefore, students have to do their studies once in 24 days due to difficulty in accessing the Book.

IHH teams visited Ethiopia, one of the poorest countries in Africa, and distributed 13,000 copies of Holy Quran. The distributions particularly concentrated in impoverished regions.

We are continuing helping local people in Africa, where Western missionary activities are the strongest, to preserve their religion and culture. We distributed 13,000 Quran copies to madrasahs and mosques in Desi, one of the impoverished regions of Ethiopia. Quran distributions in the country will continue to reach the target 100,000 copies.

To direct your donation exclusively to this project, you need to note “ETHIOPIA QURAN PROJECT” while donating online.