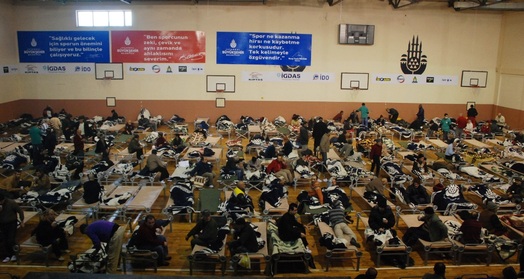 Homeless people were especially affected by freezing temperatures and heavy snowfall in Istanbul. Lacking a warm shelter these people were put to the risk of freezing to death. Istanbul Metropolitan Municipality is temporarily sheltering 200 homeless people in a sports hall until low winter temperatures are gone. The homeless were collected from streets and were offered hot food and shower opportunity at the hall and they also underwent health screening. Municipality officials noted the people would stay at the sports hall until temperatures get better.