With the confidence of reaching the 23rd year as IHH Humanitarian Relief Foundation, Qurbani organizations were carried out in both local and international regions on 5 continents and 99 countries around the world. This Eid, IHH delivered 51 thousand 770 shares of Qurbani to those in need. 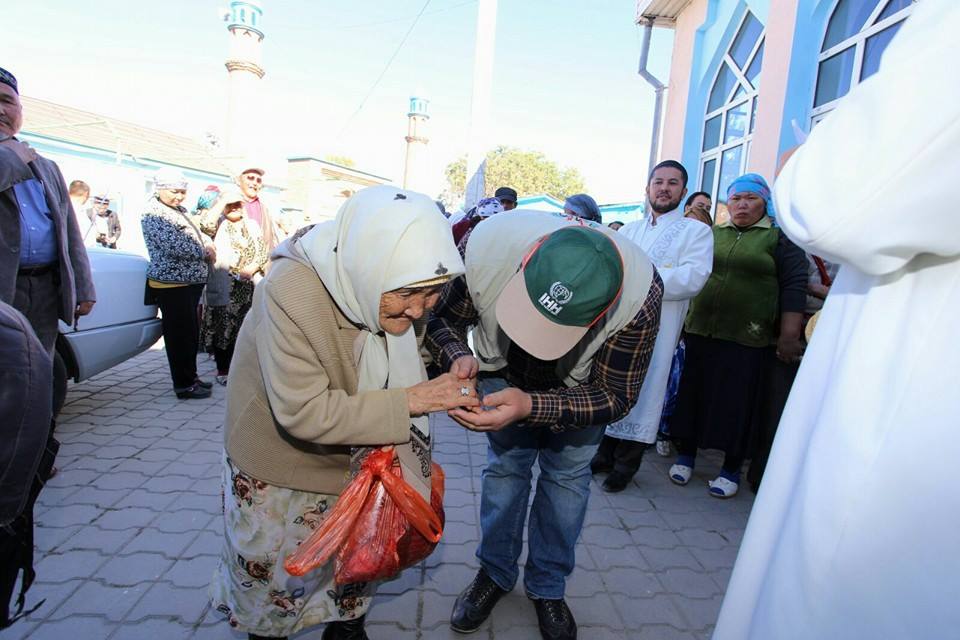 The IHH team not only travels across the globe to distribute Qurbani meat to those who are eagerly waiting for them, but also to plan projects which will help better their living conditions. The foundation for projects such as mosques, prayer rooms, water wells, education centers, trade schools, health work and orphanages are set during these times.

The main focus of Qurbani aid was for those in crisis and war zones. The IHH team also carried out Qurbani activities in other Muslim regions which was thought to be in need.

This eid the top priority of the foundation was the Syrians refugees as the Syrian crisis which reached its 5th year and the victims struggles have reach its peak. 7 thousand 730 shares of Qurbani meat was distributed to Syrian's seeking asylum in refugee camps across Turkey and Syria.

The Middle East, in particular Palestine and Yemen were not forgotten

IHH did not forget about the Palestinians who are in need. The IHH team distributed 6 thousand and 20 shares of Qurbani meat to Palestinians living under siege in Palestine and Gaza.

200 thousand shares of Qurbani meat was distributed to families living under harsh conditions due to the conflict within the region.

665 shares of Qurbani meat was distributed to families in need living across Iraq's Arbil, Kirkuk and Sulaimaniya region.

The IHH team carried out intense Qurbani work in Africa as well. IHH who carried out numerous water well projects and cataract surgeries in Africa, conducted Qurban projects in many countries which was thought to have been in need.

The charitable donations of live cattle was divided into 210 shares and distributed to those in need at Khombole which is situated 150 kilometers away from the capital Dakar.

560 shares of Qurbani meat was distributed to families in need at Uganda's Masaka and Entebbe region.

1,050 shares of Qurbani meat was distributed to those in need at Somalia's capital Mogadishu and the border of Ethiopia.

Qurbani duties were carried out in far East Asia's Islamic lands who are currently facing immense humanitarian crisis. Some of these regions include Myanmar, areas which Rohingya Muslims are living in Bangladesh and Nepal where there is currently 2 million Muslims. IHH distributed 2 thousand 835 shares of Qurbani meat to Arakan who is continuously going through tribulations and 400 shares of Qurbani meat to families in need at Nepal who has been stuck by an earthquake.

Pakistan and Afghanistan was not forgotten

Festive joy in the Balkans

The IHH team continued to carry out their duties in the Balkans. Qurbani duties were carried out in Albania, Bosnia and Herzegovina, Bulgaria, Montenegro, Kosovo, Hungary, Macedonia, Romania and Serbia (Presova-Sancak) regions. 514 shares of Qurbani was sacrificed and distributed to those in need at various other Balkan countries and regions.