Officials from Al-Ata Foundation and IHH attended the opening ceremony. IHH representative Omer Koparan and Al-Ata representative Khalil Ali Wafa delivered opening speeches and said that the Syrian refugees want to return their homes as soon as possible but in the meantime providing them with shelters is a must. 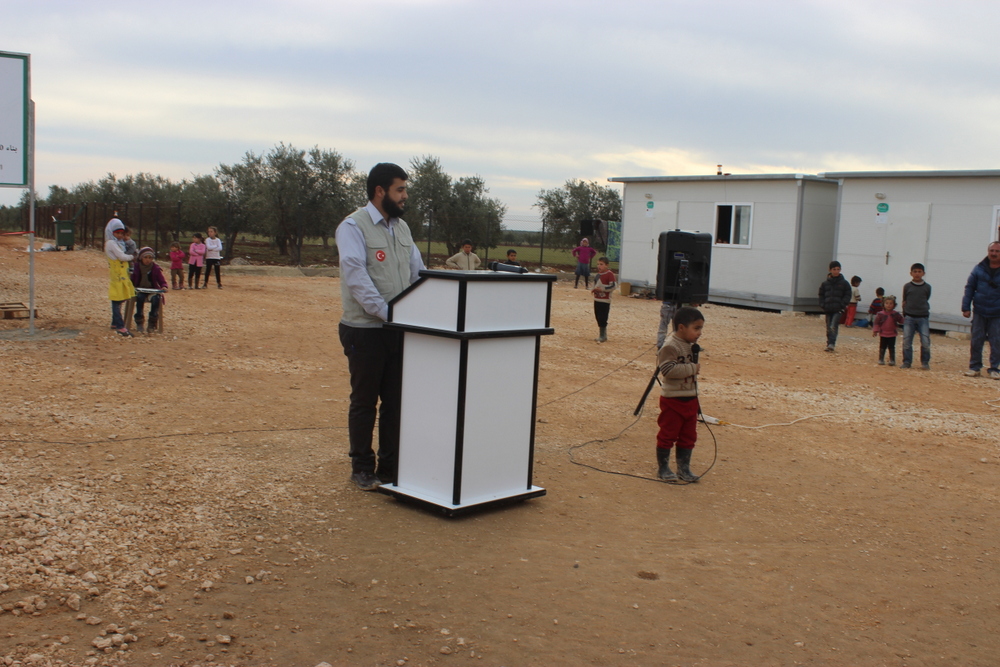 The opening ceremony had an uplifting touch by two brothers, residents of the camp. While one of them recited Quran the other counted 99 attributes of God by heart.

The opening ceremony was closed with prayers for the war to come to an end. The representatives of IHH and Al-Ata Foundation visited the refugee families and inquired about their situation and if they are satisfied with the service.

A majority of families accommodated in the container camp sponsored by Al-Ata Foundation are families without fathers.