A surprise for oppressed children
On the occasion of the World Children’s Rights Day, IHH Humanitarian Relief Foundation delivered various gifts and clothing to the children living in northern Syria and who are forced to work from an early age.
Syria 20.11.2019 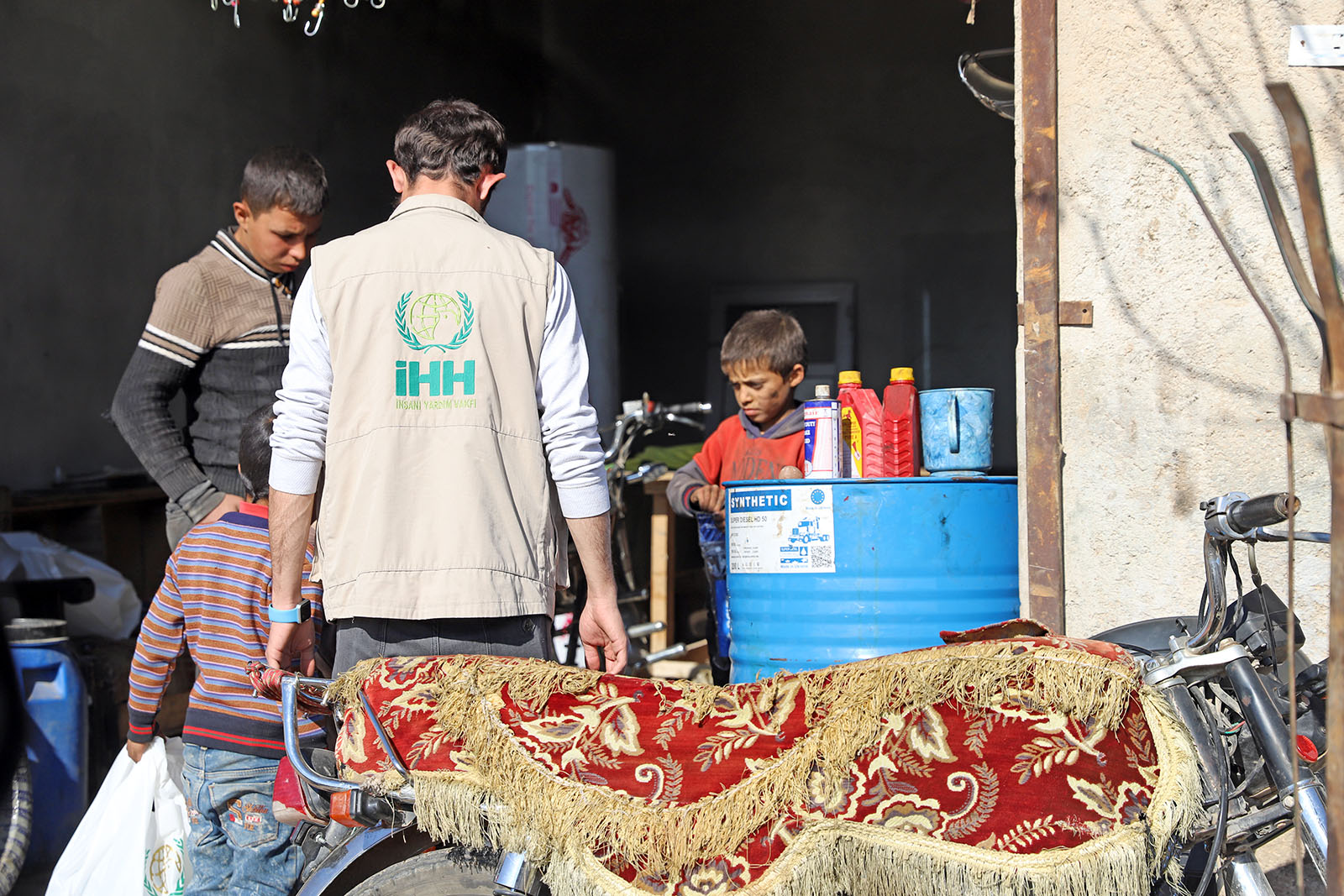 IHH Humanitarian Relief Foundation’s Kilis Logistic Department distributed various gifts and clothing to the children who became victims of child labor in north Syria. After receiving the gifts, the children expressed their feelings and thoughts to the journalists. 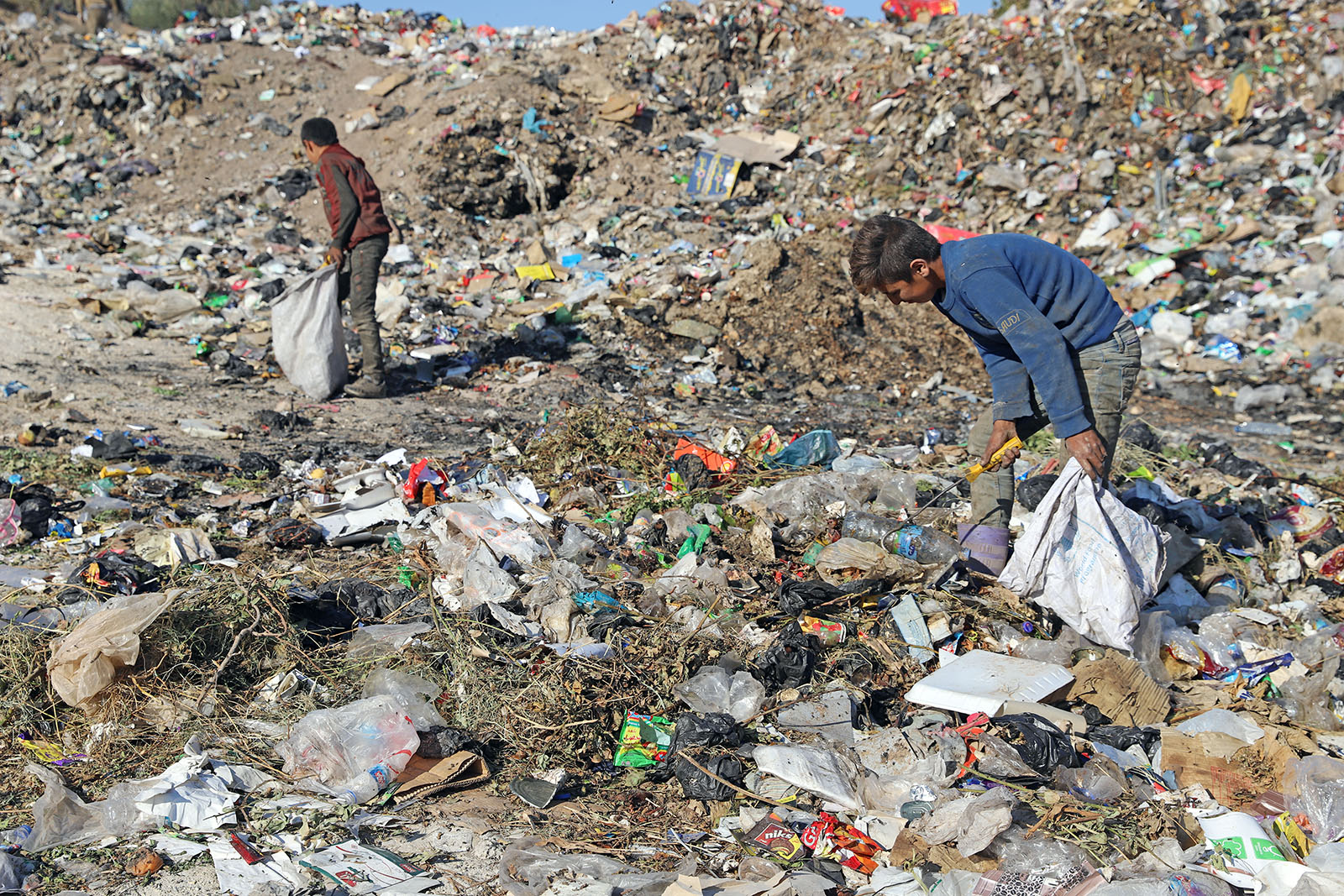 “I do not enjoy this job”

12 year-old Aisha Amudi who explained that she has to work because of her family’s financial difficulties, said on average she earns between 500-1000 Syrian liras a day. Amudi said, “I have five brothers and sisters. I work to look after my brothers and sisters. My older brother also collects pieces of scrap from the garbage like me. I am not studying, and this is how we earn a living.” Armudi, who said she goes out with her plastic bags early in the morning, and heads to the garbage collection area and collects pieces of metal and copper, added, “It is very difficult to live in a tent. We have no water or electricity. I do not enjoy doing this job because my hands get dirty. It takes a long time to clean them.” 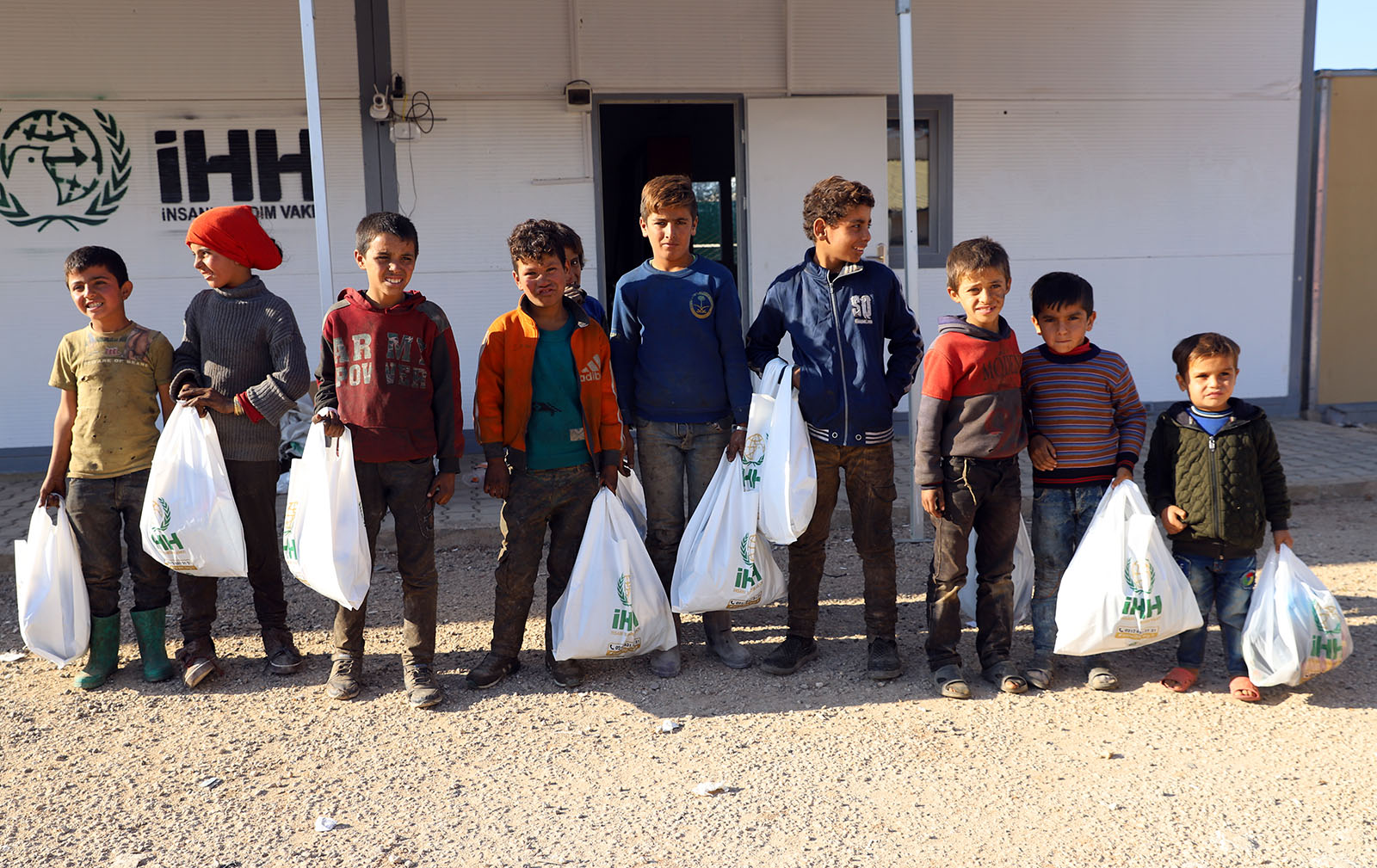 His biggest dream is to go to school

14 year-old Mustafa who was also forced to work from an early age, said he supports his family living in the tent city by selling sweets that his mother makes on his wheelbarrow. Mustafa, who said his biggest dream was to be able to go to school, said, “I almost pass the normal school age. But I cannot go to school. I have to work to look after my brothers and sisters. I hope the war ends soon and I will be able to go to school like my friends.”