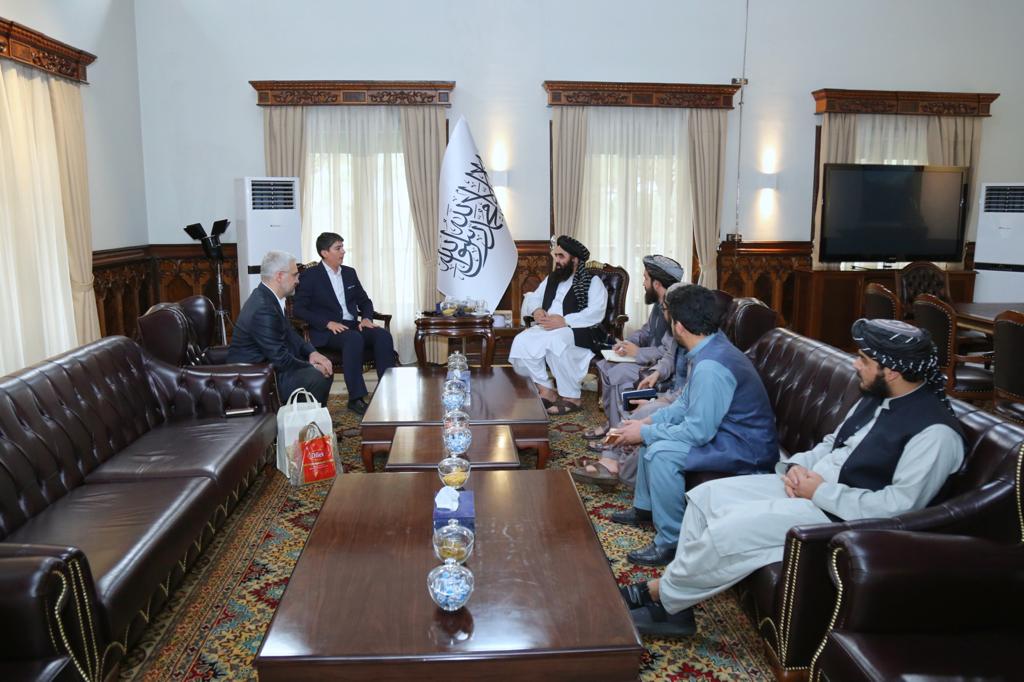 With the emergency aid campaign slogan “On the Verge of a Humanitarian Crisis, Don’t Leave them Alone” launched by IHH, we deliver food packages to hospitals and needy people that have been displaced in the country. There are currently 18 million people dependent on aid in Afghanistan following the decades-problems of war, conflict and poverty faced by the people.

During the visit, our officials informed the Deputy Minister of IHH’s humanitarian aid, orphan and humanitarian diplomacy projects carried out for years in the country. IHH officials also provided information regarding the efforts to send 100 tons of wheat seeds to respond the drought in the country, as well as the water well projects planned for the near future.

Muttaqi acknowledged Turkey’s ongoing support for the Afghani people and both countries’ historical ties. During the visit, topics such as education, healthcare and improvement/development were also discussed.