Aid began to reach Kurdish refugees in Arbil
The IHH teams have begun to take relief to refugees migrated from Syria to Iraq.
Iraq, Syria 22.08.2013

IHH teams went to Kewirgosk refugee camp, located 30 kilometers away from northern Iraqi province of Arbil, for thousands of Kurdish people who took shelter there. Our teams have first of all begun to deliver aid packages, with a cost of $60,000, to the refugees. The food packages, which will be delivered to a total of 2,000 families, include 2 kilograms of rice, 2 kilograms of bulgur, 2 kilograms of chickpea, 2 kilograms of tea, 2 jars of tomato sauce and 2 liters of cooking oil each. There is an urgent need for tents in the camp where a large number of people still seek refuge. 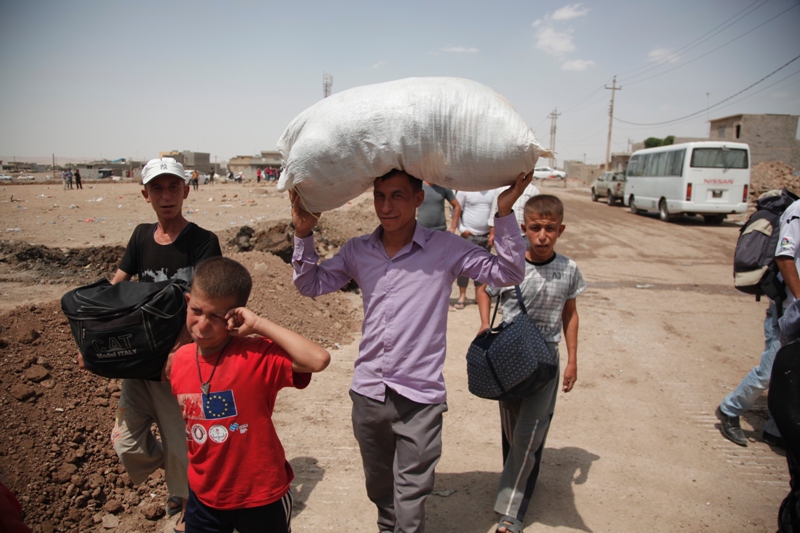 Kurdish refugees fled Syria’s Kobani, Afrin and Haseki regions of Syria, first go to Duhok and then to Kewirgosk in Arbil with vehicles. It is estimated that around 30,000 Kurdish people have taken refuge in northern Iraq recently.