Aid for flood-affected families in Sudan
Sudan's last week's flood is still impacting the country. The floods, which claimed 99 lives and wounded 94 others also destroyed houses, workplaces, and acres of farmland. After the floods, IHH Humanitarian Relief Foundation launches its relief efforts for the victims there.
Sudan 31.08.2022

The disaster occurred on the Nile River, Jazeera, White Nile, West Kurdufan, South Darfur and Kassala provinces. More than 150,000 people were affected as the result, as tens of thousands of homes, work places and farmland were damaged.

The flood caused 99 casualties and 94 injured people, and it was also found that 27 thousand dwellings suffered total or partial damage.

IHH quickly launched its emergency relief projects for the country soon after the flood hit. IHH teams first identified the needs in the flood-affected areas and then delivered aid to the flood victims in villages in the Southern Al Jazeera region. Through the aid distribution, 400 families benefitted from food parcels and mosquito nets.

IHH established a makeshift health center in one of the flood-affected areas known as the Elkremit village. At the health center, eight doctors are actively employed, and various health services are offered in different healthcare fields to the locals. 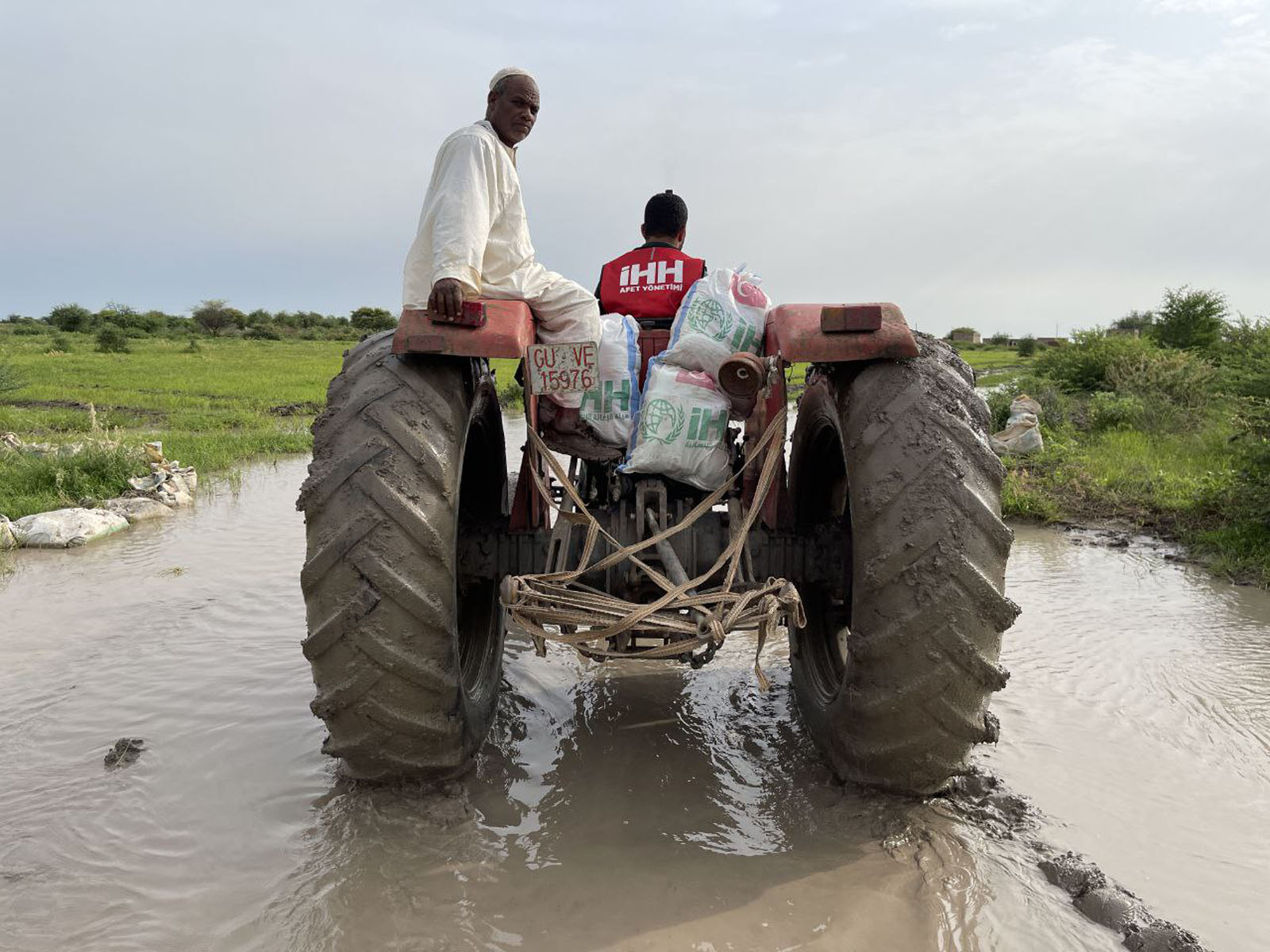 Donors who want to support Sudanese flood victims can donate 10 TL by typing SUDAN and sending a message to 3072. Those who want to donate more can help in any amount they want by donating online through IHH's website or by writing SUDAN in the description section of IHH's bank account numbers.