Aid for Sudanese flood victims
IHH delivered emergency aid to 2.550 families, food packets, blankets, protective nettings and hygiene packets to 875 families, additional food packets to 575 families and meat to 1.100 families in Sudan’s Sinnar province that was most affected by the floods.
Sudan 22.09.2020

IHH Sudan Representative Bilal Bahci said that in the initial phase, IHH distributed food packets to 575 families and meat to 1.100 families as part of its emergency aid operation to help the victims of floods caused by high water levels of the Nile River. 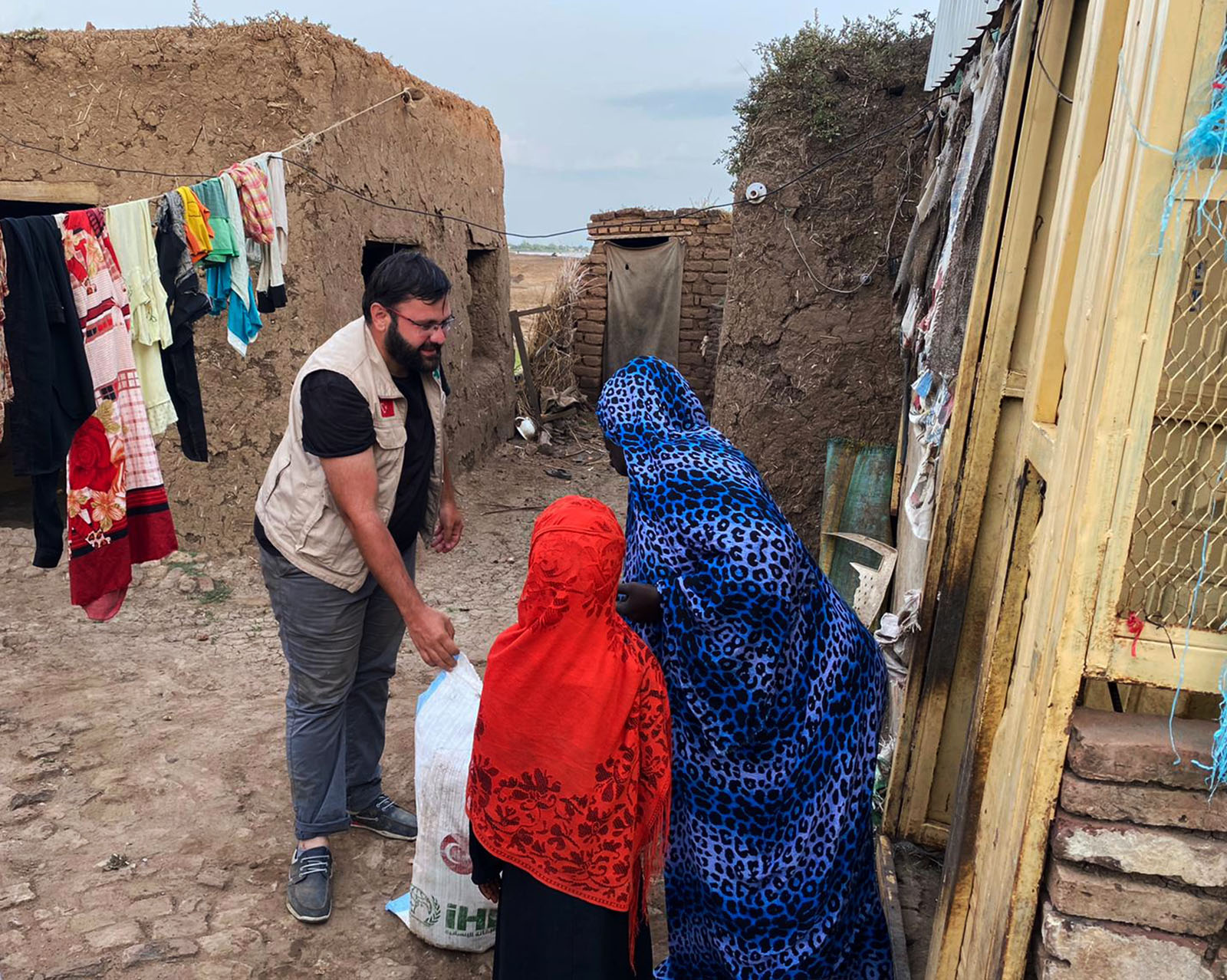 Bahci said, “Today we distributed food packets, blankets, protective nettings and hygiene packets to 875 families in Sinnar in the south where the floods caused most damage.”

121 people died due to the floods.

According to Sudan’s Interior Ministry data, 121 people lost their lives in the floods caused by the severe rains that have been continuing for many months.

More than 100.000 homes are totally or partially destroyed by the floods.

On 5 September, Sudan’s Defense and Security Council declared a three-month state of emergency due to the floods.