Aid to Iraqi Refugees
IHH (The Foundation For Human Rights and Freedoms and Humanitarian Relief) is running an aid campaign to support families struck by the American invasion campaign on Iraq and those who relocated to Tu
Iraq, MiddleEast 27.04.2010 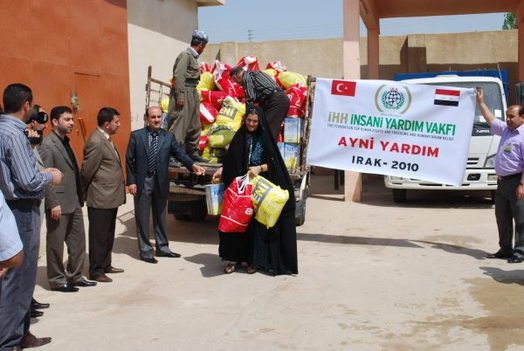 Iraq has been under American occupation for 7 years. The U.S. invaded Iraq, showing weapons of mass destruction as an excuse, claiming to liberate Iraqis and establish democracy in Iraq. However, in the end, democracy and political stability did not come into existence in Iraq. Besides, Iraqi people have become one of the poorest nations in the world. Those families who had to flee their homes are still continuing their lives as refugees. War-stricken families, orphans and widows of the war are still in need of serious help.

According to UNHCR data on April, 2008, 4.700.000 Iraqis have relocated because of the war, which makes 16% of the population in Iraq, 2.000.000 of those have fled to neighboring countries. The rest had to take refuge in safer regions of Iraq. Following the invasion, civilians that had to flee their homes, mostly moved to Northern Iraq which is a relatively safe area compared to the rest of the country.

IHH has helped invasion-stricken families in Northern Iraq. The Foundation sent a truck containing food aid and clothing materials to the region. The aid team of IHH has delivered food aid to 1.000 families and clothing aid to 8.000 people who are in need. Families receiving the aid sent their regards and appreciation to the benevolent people of Turkey.