Asia to Gaza Convoy Awaits Egyptian Visa
Asia to Gaza convoy took off on 2nd December, 2010 from India, has been kept waiting in Syria's Port Latika for days. Egyptian government does not permit their entry into the country from Syria.
Palestine, Egypt 29.12.2010 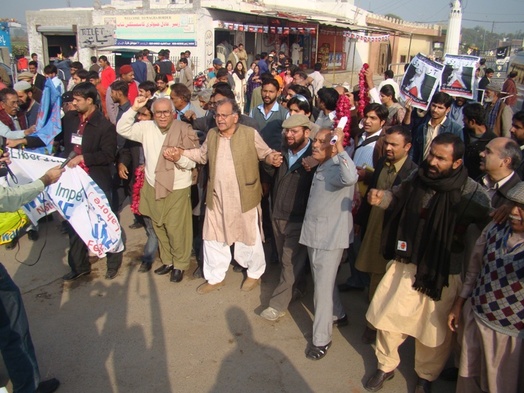 On the 2nd anniversary of Israel's 22-day war on Gaza, "Asia to Gaza" convoy with representatives of many Asian countries awaits Cairo’s approval to enter the besieged strip.

Asia to Gaza convoy which set off from the Indian capital New Delhi on the 2nd December, 2010 entered Turkey via the Dogu Beyazit, Gurbulak border gate, after Iran, on the 15th day of their journey.

The convoy was expected to be in Gaza  on 27th December, 2010, at the 2nd anniversary of the 22-day long Israeli attack on Gaza Strip during which approximately 1,400 Palestinians lost their lives. The Asia to Gaza convoy which entered to Syria on 20th December, still awaits in Latika for Egypt’s permission.

Asia to Gaza Convoy which is waiting a positive conclusion for the ongoing negotiations between their spokesmen and Egypt’s ambassador in Damascus, consists of approximately 160 people from more than 15 Asian countries including India, Japan, Indonesia, Pakistan, Malaysia, New Zealand and Kuwait.