In this regard, baby formula is distributed to 1000 refugee families in Tikrit, Baije, Daluiyyah Selahaddin district. The internally displaced people who are living in the ruins and in abandoned school buildings in Tikrit, in Hujjaj camp in Baije, in Hardaniyye camp in Daluiyye were the beneficiaries of the aid.

This region shelters internally displaced families from Mosul as well from other regions where conflict and instability runs havoc. 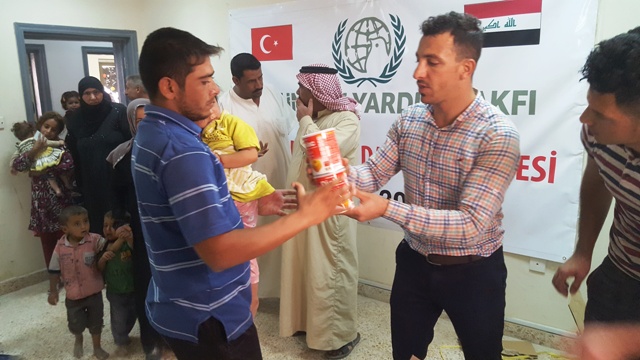