Bosnian Baby will Regain Her Sight
The Prime Ministry of Turkey, the IHH Humanitarian Relief Foundation and Dünya Göz Hastanesi rushed to help Iman Turkovich who lost her sight because of the oxygen that she was treated with in her inc
BosniaandHerzegovina, Turkey 17.02.2011 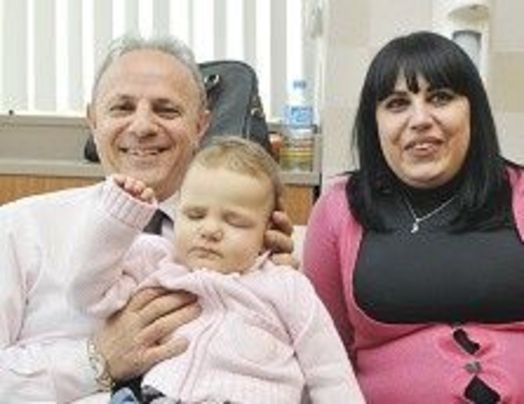 Iman Turkovich was born as a premature baby when she was 6 months old. Due to her condition, she was taken into incubator for 2 months and in the mean time she was given oxygen as a part of the treatment which caused blindness on her baby eyes. Her mother Enisa Turkovich noticed her blindness when she was 5 years old and immediately she contacted with an eye clinic in Serbia. The family who was already in a bad shape was totally devastated when they learnt that the cost was 5 thousand Euros. With the effort of Tarik Yasarevich, the money has raised via the campaign launched in Bosnia Herzegovina.

"The Miracle of Allah"

The mother Turkovich said "The doctors talked about the impossibility, but I've always believed that my baby would see. I signed all the papers and Iman was operated. The operator doctor said that there occurred the possibility of seeing for Iman miracle of Allah. Now she has a chance to see." With the help of the Prime Ministry of Turkey Iman and her mum came to Istanbul and after the initial medical examination in the eye clinic “Dünya Göz Hastanesi”, it was decided that the operation was necessary. It was also revealed that the doctor who could operate Iman was in Ankara.

The mother Enisa Turkovich said that Feyza Tanok Shehbayraktarovich, the head of Istanbul Educational and Cultural Foundation which is a partner organization of the IHH, helped them a lot upon her request. Feyza Shehbayraktarovich introduced Iman's mother Enisa and Mukadder Tanok Tanovich who is the representative of the IHH in Bosnia and Ms.Tanovich helped the baby and her family to start with the treatment process.

After she had been brought to Ankara, Iman Turkovich was operated successfully by associate professor Dr. Cosar Batman.

3 Operations on Each Eye

Dr.Batman said that Iman diagnosed with "retinopathy of prematurity" and operation was very successful that she was in good health.

He said "She just needs to be put one lens on her left eye but we can only do that when she will be three years old. For her right eye, she needs 3 more operation. I can say we today we take a huge step for her treatment."