New mosque opens in Burkina Faso
The IHH Humanitarian Relief Foundation has opened a new mosque in Ouagadougou, the capital of Burkina Faso. The new temple will provide local Muslims with a venue to perform religious rituals in commu
Africa, BurkinaFaso 04.02.2010 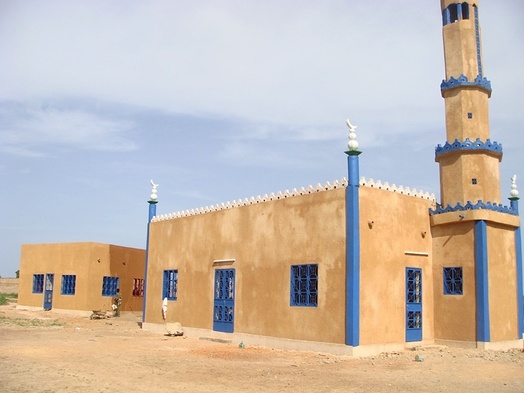 Literacy rate is very low in Burkina Faso, the poorest country in Central Africa. Burkinabe Muslims, who form 65 percent of the population, have limited number of schools. Many Muslim families are forced to send their children to missionary schools because of inadequacy of Islamic schools. There is shortage of mosques not only in the capital city but also in many parts of the country.

The IHH built six mosques in 2008 and 2009 to meet local population’s need for shrines. The foundation opened another mosque in 21 Yagima region of the capital city Ouagadougou. The mosque named Eyüp Yavuz was constructed on an area of 120 square-meters. The local people will be able to perform prayers in communal form and the children learn Islamic subjects and the Quran in the new mosque.