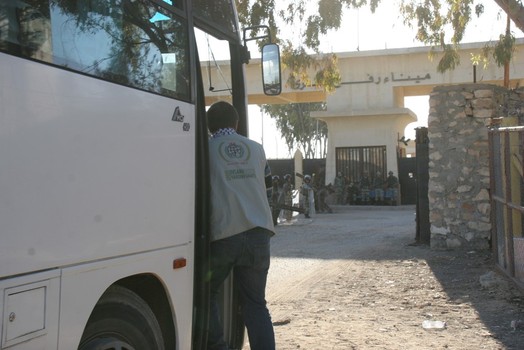 The convoy managed to enter Gaza after a formidable one-month journey and is now leaving the region after successfully delivering the vehicles and relief supplies it had brought along. The activists in the IHH-led convoy are leaving Gaza in buses since they donated the vehicles they had travelled in.

Four of the 10 buses that will transfer the activists headed for Cairo after completion of border clearances. The rest are waiting at Rafah border crossing for border formalities. All the buses will have left Gaza by night.

The activists will fly from Cairo to Istanbul in a specially rented plane. Families of the groups, which are expected to arrive in Istanbul early Saturday, will organize a welcome ceremony at the airport