Deaths due to starvation continue in Syria
Growing number of attacks against civilians in Syria leads to mass mobilization in the country. Syrian people who flee their homes in search of safety encounter many problems in the regions they migrated to.
Syria 04.12.2013

Safira town in Aleppo is one of these places. There is a big flow of people from this town, which was seized by the regime forces 1,5 months ago, to neighboring towns.

What is worse is that regime forces’ taking control of Safira, known to be a gate opening to Aleppo, has blocked the passage of humanitarian aid to neighboring towns and districts. There is a growing number of people dying of starvation in the regions where no humanitarian aid has been dispatched for a long time. 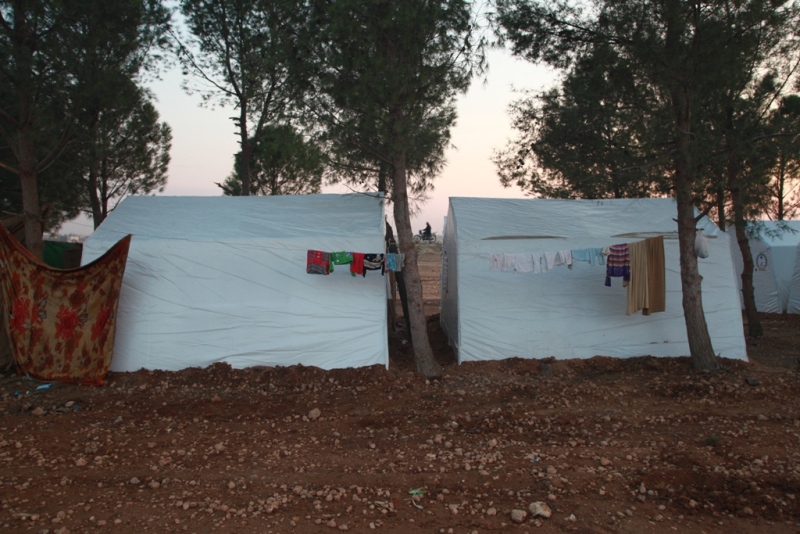 Syrians who flee their homes set up tents in open areas in these towns or they stay in shanty houses which have no doors or windows.

Since tents are established separately in this region, tent cities have begun to emerge in some areas. The war-stricken people of Syria who are deprived of electricity and water try to have some water either by digging water wells or walking to other places for kilometers.

The Syrians who fled their homes in Safira due to the bombardments of al-Assad regime and took refuge in Minbic and al-Bab set up their tents under trees in order not to be detected by warplanes.

Food and clothing aid from IHH

IHH teams have taken seven tons of flour, food packages, 10,000 loaves of bread and winter clothes to the people who have taken refuge in Minbic.

According to IHH teams, there is urgent need for winter clothes, tents, blankets, flour and water in the region.

Meanwhile, what affects Syrian people most nowadays is the cold weather. Epidemics have already begun to appear in tent cities where medical aid is not taken.