Evacuations from Hums el-Waer Continue
One thousand four hundred and fifty two civilians from El-Waar in Hums were evacuated out of which four were injured. They were transferred to Jarablus in Syria, which is still a safe zone. IHH teams handed out emergency aid packages to the civilians in ground zero.
10.04.2017 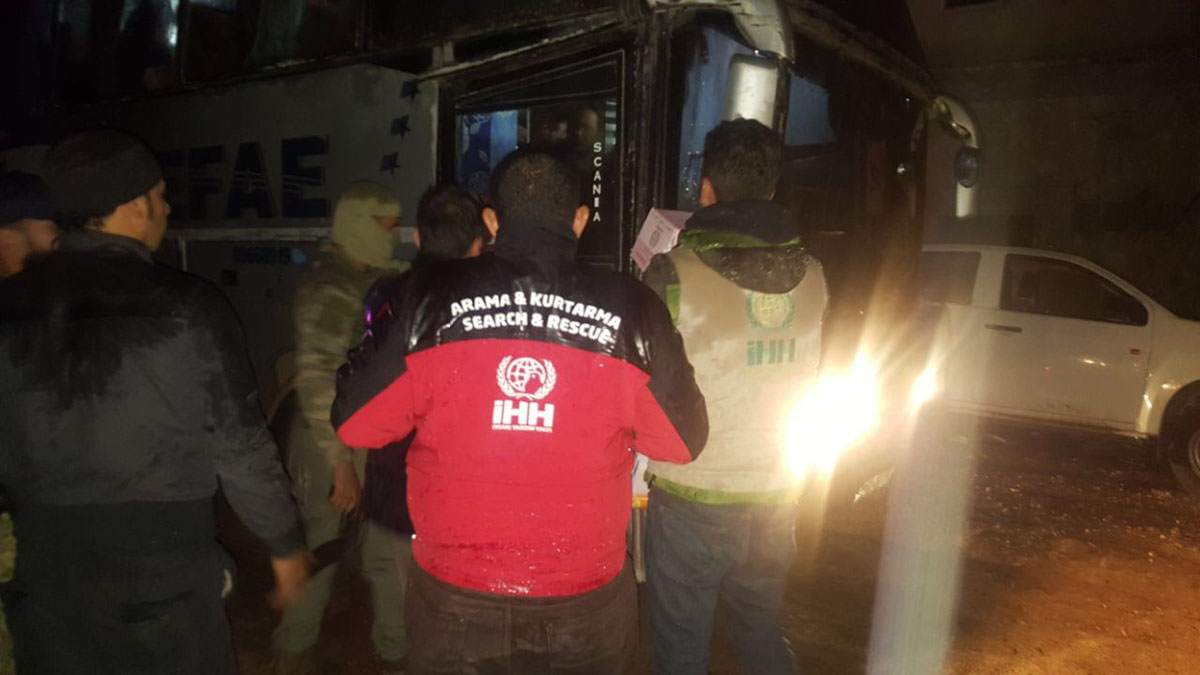 One thousand four hundred and fifty two civilians out of whom four were injured are evacuated from El-Waar in Hums to Jarablus in Syria, which is still a safe zone.

IHH Bab Al-Salam office representative Ömer Koparan who supervised the evacuation operation in the area said ‘’We have been working to alleviate the suffering of Syrian war victims a little bit since the start of the current conflict in Syria. Especially the humanitarian diplomatic efforts that our foundation has been carrying out are as crucial as our relief efforts. In this regard we have welcomed 1,452 civilians evacuated from al-Waar, Hums directly as the evacuation point zero.”

Koparan noted that they have initially distributed emergency aid packages to the civilians evacuated to Jarablus. However they will continue to help in terms of providing shelter and healthcare to the evacuees.

Koparan reported that 15,000 civilians will be evacuated in total and three civilians groups have arrived from the same area over the past weeks and they will continue to arrive in the upcoming days as well.

Related news
See all
Visit from RACA to IHH
Mr. Ibrahim Abdullah Al-Dehaimi, Secretary-General of the Regulatory Authority for Charitable Activities (RACA), and his accompanying delegation, who are in Turkey for various programs, made a visit to IHH Headquarters.
01.06.2022
TMPT’s 7th report on the peace process in Moro
In regards to the three-year delay of Moro elections, IHH Board Member/Third Party Monitoring Team (TPMT) of the Moro peace process member Hüseyin Oruç said “When we reach 2025, hopefully, the transition period will be complete and we will see a government that has overcome all its problems.”
07.03.2022
Visit from the Australian Embassy
Australian Embassy First Secretary Lucas Robson visited IHH Humanitarian Relief Foundation Reyhanli Coordination Center for Syrian Activities.
23.02.2022