Gaza recovering
Osman Atalay, member of the executive board of the IHH Humanitarian Relief Foundation, wrote his impression of IHH aid activities that commenced when IHH teams arrived in Egyptian town of Rafah a day
Palestine, MiddleEast 28.01.2009 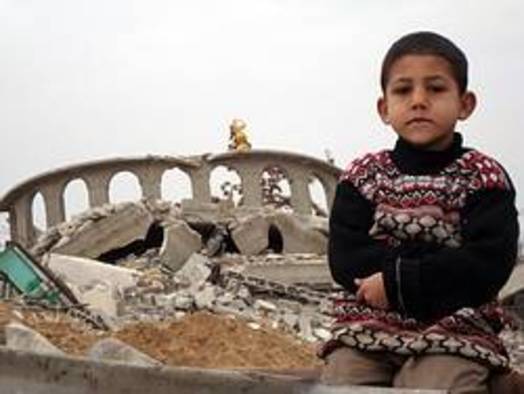 Life is slowly returning to normal after a ceasefire agreement was signed. Gazan people are once again in the streets after the Israeli offensive that continued for several weeks. Unmanned drones flew over Gaza day and night, F-16 jets dropped bombs incessantly, and power and water supplies in the region were cut during the 22-day long ordeal.

According to official figures, over 1,300 people were killed and about 5,000 were wounded in the offensive in which Gaza came under heavy bombardment from air, land and sea. Women and children make the majority of the killed. When residents of Jabaliya, Zaytun, Telilhava and Beit Lahia neighborhoods, where fierce fighting between Israeli troops and Hamas members took place, returned to their home following the ceasefire agreement, they found the homes leveled to the ground.

About 750,000 residents of the Gaza Strip, which has a population of 1.5 million people, live in eight camps. These camps lack infrastructure and the streets are too narrow to walk in. The extent of the damage inflicted on the camps in the Israeli strikes made us believe Israeli military was clearly pursuing deliberate destruction of the camps. Sixteen government buildings were completely destroyed. Homes and offices of senior Hamas leaders, politicians and religious leaders, schools, universities, mosques, workshops and farms were particularly targeted in the attacks.

Israel executed a carefully planned operation in order to topple Hamas government and weaken the population physically and spiritually during the 22-day long offensive. However, Israel failed to achieve its goals although it bombed Gaza incessantly for three weeks.

Israeli troops committed mass killings in Gaza to break the resistance. Nizar Reyhan, a prominent hadith expert, was killed at his home in Jabaliya. Reyhan's wife, his children and 16 civilians were also killed in the same attack. Israeli troops collected 72 members of Sammuni family in a house in Zaytun neighborhood and killed them all. Gaza Interior Minister Said Siyam was killed together with his brother when their house was hit by the Israeli fire.

Farms targeted in the strikes

Israeli military tried to enter Gaza urban center with tanks and 21,000 troops, but had to withdraw after a 22-day long operation. The images of devastated neighborhoods, damaged orchards, felled orange and olive trees and destructed sheep and hen farms that were left behind when Israeli army retreated were shocking.

The situation of the Gaza urban center reminds a post-earthquake scene. However, the fact that morale of the Gazan residents is high is noteworthy. We met no one grieving or complaining. During the three-week long offensive, Israeli war machines destroyed 20,000 houses and made another 4,500 unfit for use; 1,500 stores, 60 schools, 23 mosques, 30 police stations and 48 farms were damaged.

The phosphorus bombs fired into Gaza by Israeli jets inflicted large scale damage on the region.

Israel destroyed everything but the spirit of Gazans

Israeli jets and tanks devastated Gaza, but failed to break the resistance among Gazan people. Bodies of the killed were wrapped by green flags and buried with mass rallies. People hold marches during funerals. The morale of the Gazans is quite high. They declared the ceasefire agreement as a victory. Gaza has almost run out of basic humanitarian materials since the embargo started two years ago. Tunnels between Gaza and Egypt had been used for flow of relief materials into Gaza; however, flow of basic stuff was cut when about 80 percent of the tunnels were hit by Israeli jets in the latest offensive.

Gazan people are particularly furious at the attitudes of Arab states of Saudi Arabia, Egypt and Jordan. The stance of countries such as Mauritania, Venezuela and Turkey was admired. The appreciation for Turkey is said to be high among local population.

Medics and aid agencies of the Islamic world are working incessantly in Gaza. The IHH is distributing aid materials sent from Turkey to the affected families. The foundation has been supplying medication to Yafa Hospital in Deir al-Belah refugee camp and foodstuff to the residents of Jabaliya. About 1,000 families whose homes were hit in the attacks will be given $200 each.

IHH volunteer four surgeons and two nurses are providing health services to the wounded Gazans at al-Shifa Hospital. The foundation has initiated preparations to build a children's hospital in Gaza.

As a conclusion, the Gazan people are gratified by the extension of material and spiritual support by Muslim countries. The extent and continuity of support indicates Gaza will hopefully recover soon. It should be kept in mind that the Palestinian people have been experiencing exiles and massacres since 1948.