Greetings and prayers to Turkey from Nepali orphans
A team, including orphan sponsors went to Nepal for this year's 5th Orphan Solidarity Days program organized by IHH.
SouthAsia, Nepal 11.04.2015 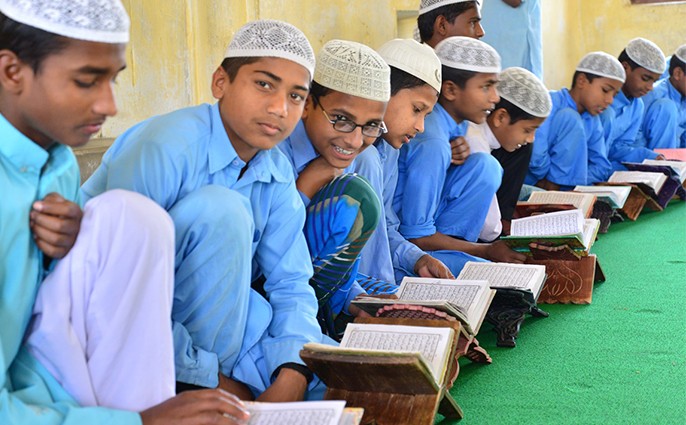 IHH teams who are in Nepal in relation to the "Orphan Solidarity Days" project have distributed clothing, school bags, hygiene kits and food aid to hundreds of orphan families. Also, the female sections of Said Nursi Mosque and Necmeddin Erbakan Mosque have been opened for worship.

A team, including orphan sponsors went to Nepal for this year's 5th Orphan Solidarity Days program organized by IHH.

As there have been results of flood due to heavy rains, IHH's first stop was at the Bagbaza region of Kathmandu. IHH distributed food packages and stationary to orphans and their families.

Two mosques have been opened for worship

The team then moved onto Biratnagar, along with prayers the females section of Said Nursi and Necmeddin Erbakan Mosque's was opened for worship.

After praying the team then headed down to the Ali Ramazan and Meryem Üstünsoy orphanage and spent some time with the orphans. They distributed clothes and stationery to the orphans, food supplies for the orphan families, there were also Adaq and Akika aids. The team also visited the needy Muslims in the area and provided them with cash assistance.

The 46 orphans of the region who stay at the orphanage, sent greetings, prayers and gratitude to their sponsors in Turkey.

Lastly the IHH team had a picnic with the orphans and their families. It was the first time the orphan children went on a picnic, they had a memorable day by playing various games and enjoying themselves.