Massacre with barrel bombs in Aleppo
470 people lost their lives with 130 barrel bombs dropped within last week into Aleppo and its neighborhood by the air forces of Syrian regime. IHH provides daily hot meal for 25000 people escaping from the attacks and taking refuge in the Babussalam Camp.
Syria 08.02.2014 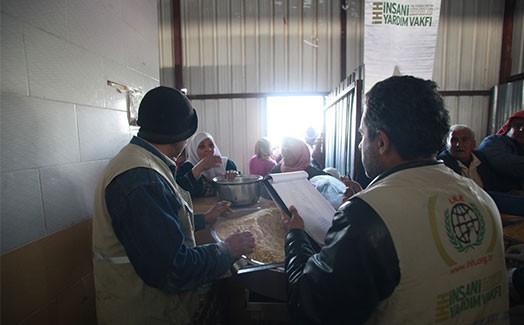 The Syrian regime continues to massacre civilians. According to the information received from the IHH teams got 130 barrel bombs were dropped into Aleppo and its neighborhood within the past last week.

It was learned that in these attacks carried out by air forces of Syrian regime last week, at least 470 people lost their lives. 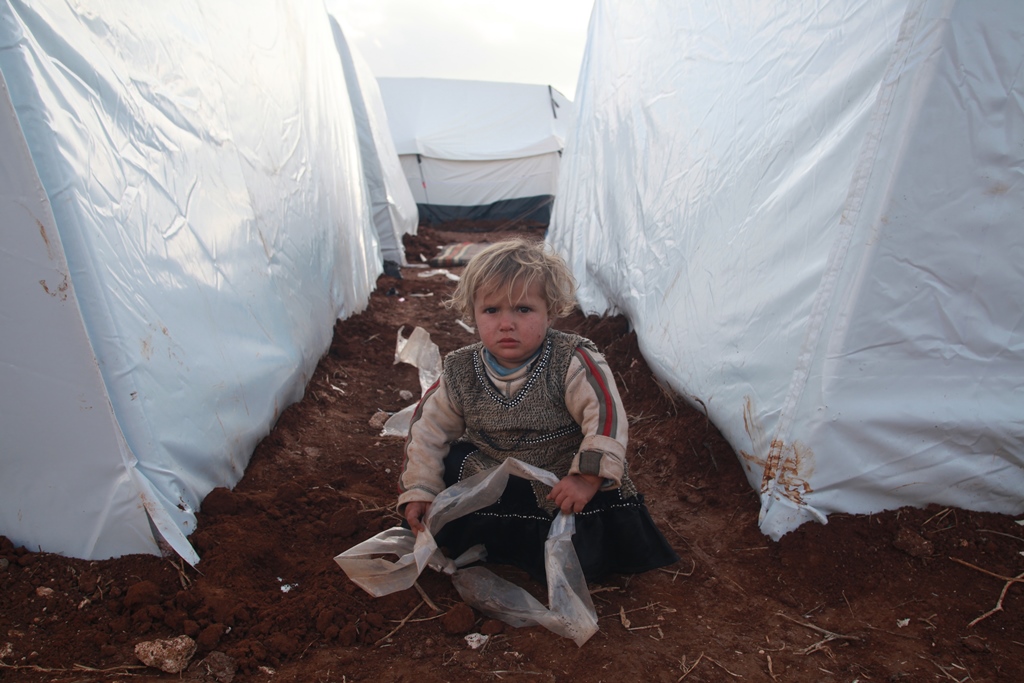 Attacks continuing in Syria force people to move to border regions. Because of the attacks carried out as random attacks, people living in Aleppo and its neighborhood having been flocking to Turkish border regions taking some their belongings with them.

A short time ago, another 10.000 people who were forced to escape from the region because of the barrel bombardment carried out in Aleppo took refuge in Babussalam camp which already had 14000 people.
As all tents reached full capacity, some of the families were forced to sleep outside in the freezing cold weather. As the campsite exceeded its capacity, both food and sheltering reached new capacity limits.

In the campsite of approximately 3000 tents, daily meals are distributed from 10 different points to Syrians by IHH Kilis Office teams. 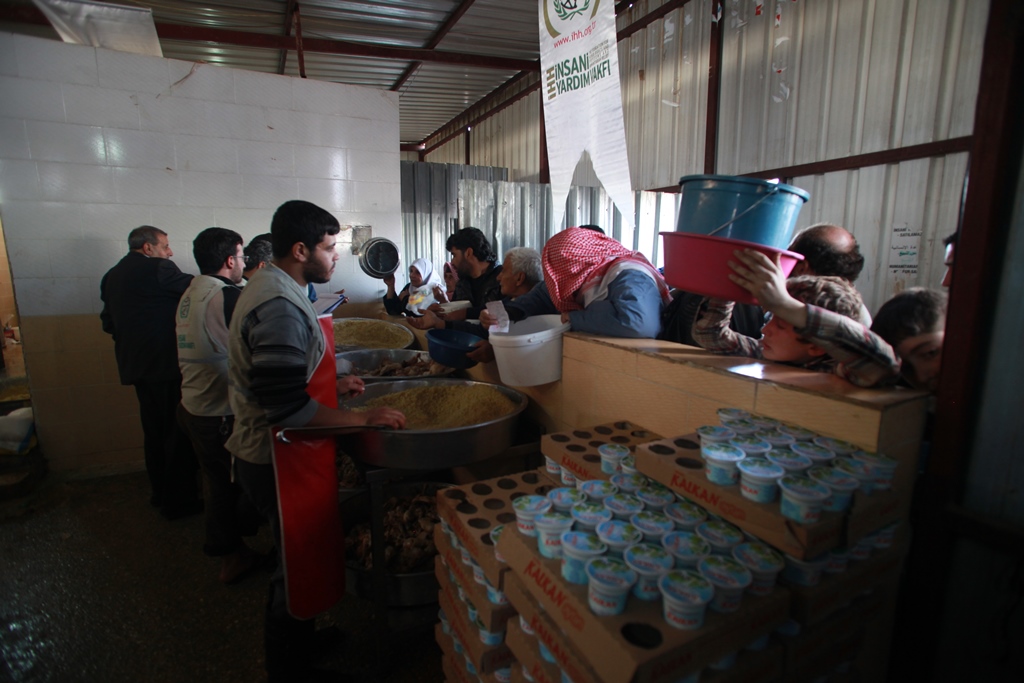 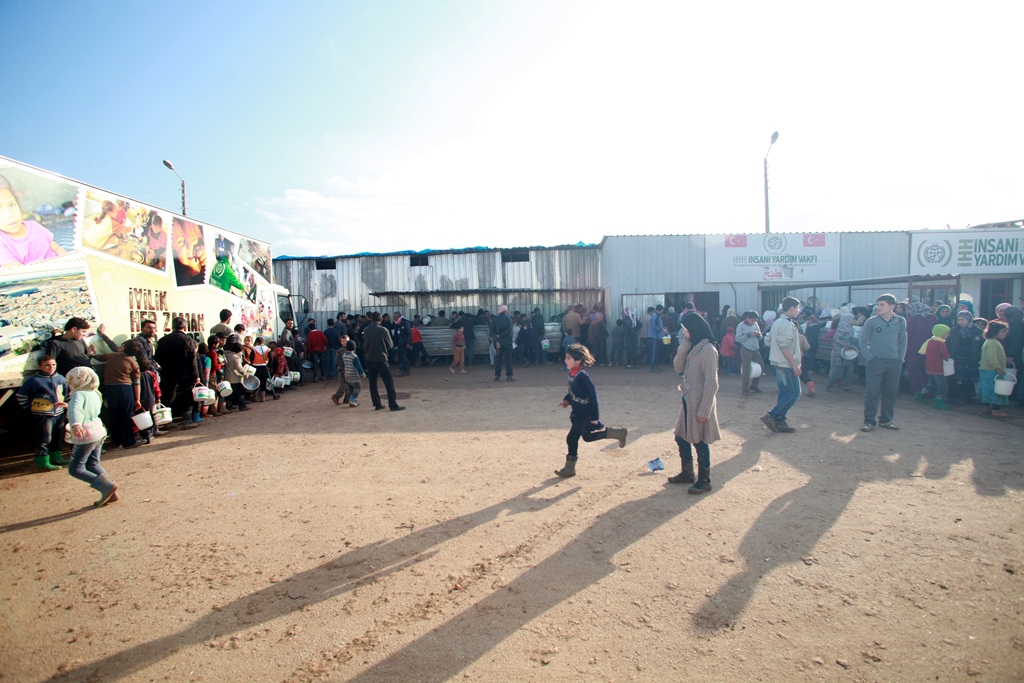 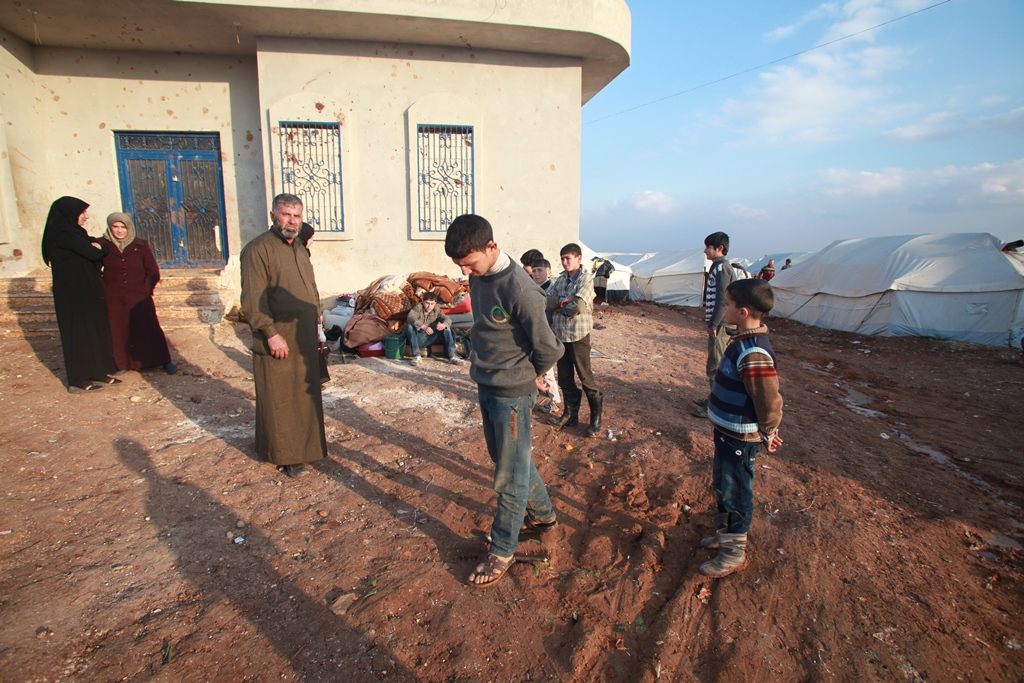