If only the aid cargo had reached Gaza…
Since 2006, Gaza has been trying to resist the blockade which has been imposed on by Israel. Whole world witnessed the collective punishment of a community because of their democratic choice.
Palestine, MiddleEast, Turkey 15.06.2010 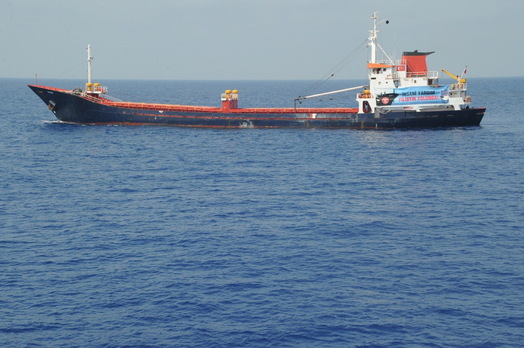 Large walls have been erected to cut the interaction with the outer world in Gaza where basic humanitarian supplies, medical equipment and construction materials are not allowed entry. A nation has been subjected to isolation thanks to a lack of media attention to the situation there in an age of information.

IHH, known for its pro-Palestinian aid activities for many years, together with aid organizations from other countries embarked on a journey to Gaza in response to the isolation and desperation in the region. The initiative, called Freedom Flotilla, is the largest aid convoy up to this day. The Flotilla sailed off to Gaza on the 22nd of May, 2010, carrying power units, construction iron, precast homes, children’s playgrounds, medical supplies, medicines, construction supplies, stationery items, textiles, house appliances and food items.

If the aid ships had reached Gaza, it would have been the opening of a new aid corridor for the 1,500,000-populated region which has been under a blockade for over 3 years and almost completely destroyed by the 22-day military operation by Israel last year. It is not even possible to meet the basic needs of people in Gaza.

If only the convoy had reached Gaza… Basic humanitarian needs of its people would have been met, the sick would have had access to medical treatment, the schools, hospitals and medical facilities which were razed to the ground during Israeli military campaign would have been rebuilt.

Yes, the ships could not make it to Gaza, however, new ships have embarked on their journey towards Gaza in the hearts and minds of all.