Iftar for thousands of people in Gaza
IHH Humanitarian Relief Foundation has distributed warm iftar dinner to thousands of Palestinians in the Gaza strip which has been under attack from air, sea and land.
Palestine, Palestine-Gaza 07.07.2014 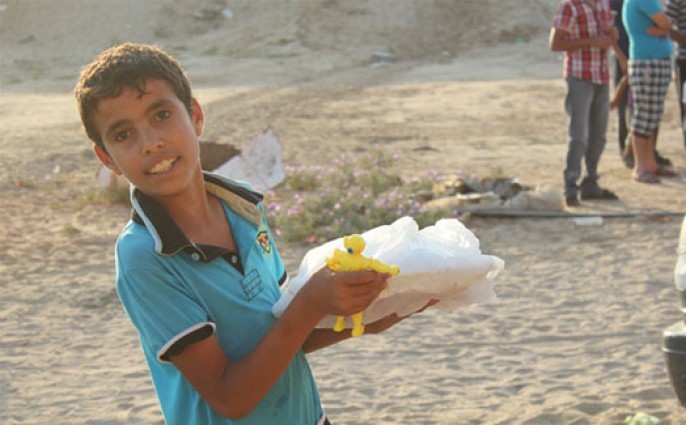 Muhammed Kaya, IHH's Gaza representative stated that they distributed warm Iftar dinner to 3,500 families in Gaza with the support from a family in Turkey.

Kaya reminded us of the 3,900 stores that were given to various charity organisations to be distributed to poor families in Ramadan. He also added that they will be distributing warm food to 1,500 more families.

In the Israeli air strikes to various points of Gaza, dozens of Palestinians were martyred and hundreds were injured.