IHH builds mosque in Albania
IHH opens the mosque, which has been under construction for 10 months, in Grude Fushe village with a population of 1700 in the north of Skodra in Albania.
Albania 29.07.2015

IHH opens the mosque, which has been under construction for 10 months, in Grude Fushe village with a population of 1700 in the north of Shkodra in Albania.

Two years ago locals of Grude Fushe village around which lots of Catholic churches are springing up requested a mosque on the site of 800 square metres that they have donated.

IHH acted on this request and with the help of donors Davut and Meryem Taşpınar from Rize, Turkey. The organization prepared a project for a 140 square metre big mosque.

Sold out their home

Taşpınar family, who sold their home in Sarıyer to fund the contruction of the mosque, said that they have initially intended to build a mosque in Africa but when they have come to know that the Albanian village needs one they changed their mind.

The construction of Davut Meryem mosque started around 10 months ago and it opened for service in last Ramadan.

Two storey mosque with one minaret serves for men downstairs and for women upstairs. The mosque also includes an ablution area and toilets.

With the opening of the mosque, now the locals of the village have a place where they can come together and hold congregational prayers especially on Fridays, and teach Islamic subjects to the children, the future generation.

The meeting point for the congregation, the mosque will serve as a centre for dawah as well. 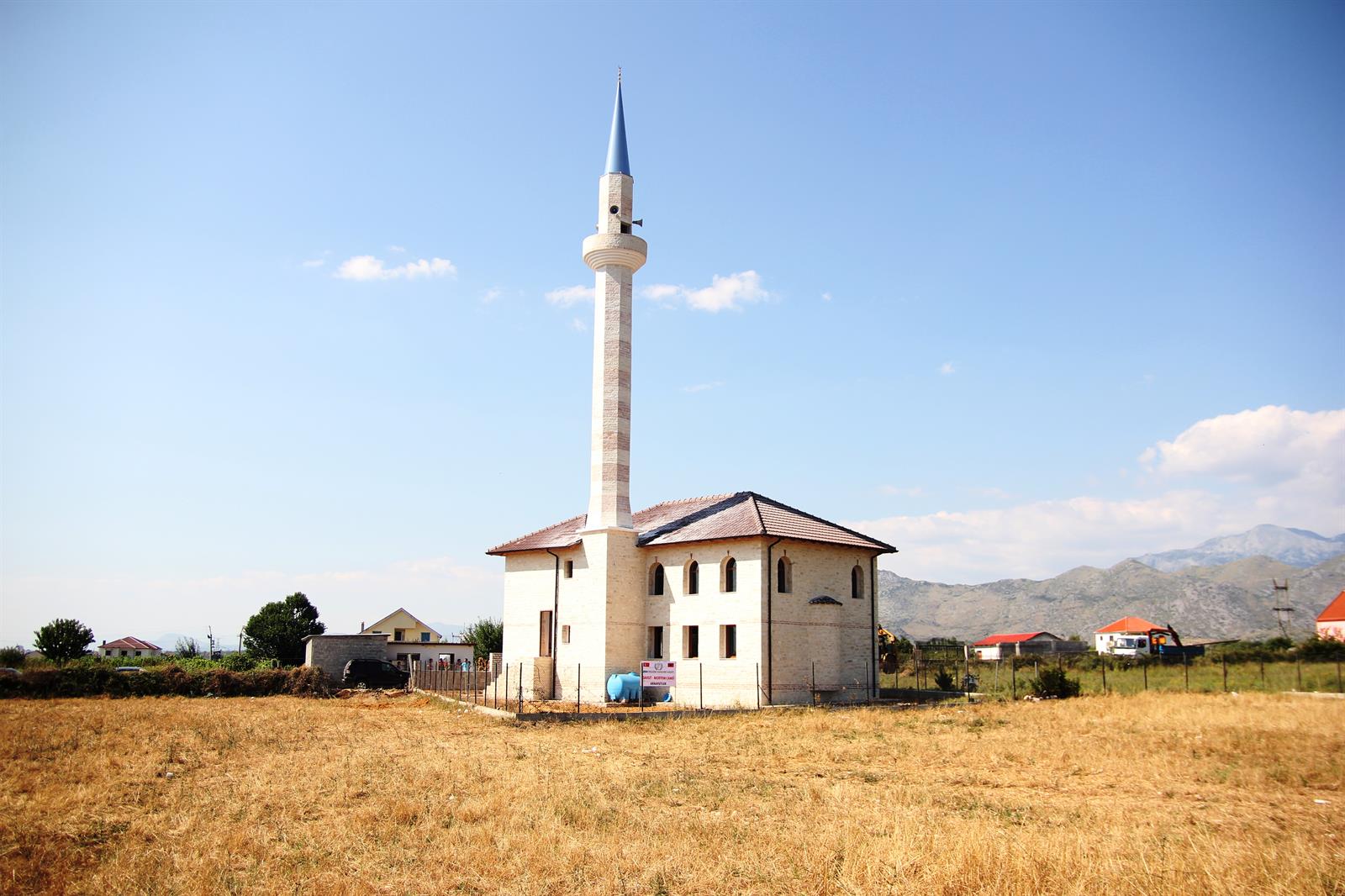