IHH charity efforts at Ramadan
IHH Humanitarian Relief Foundation carried out relief efforts in 70 countries and regions and 70 provinces in Turkey at this Ramadan, too. Aid teams from the foundation participated in the iftars in t
Africa, Europe, Balkans, SouthAmerica, SouthAsia, Caucasus, CentralAsia, MiddleEast, Turkey 08.09.2011 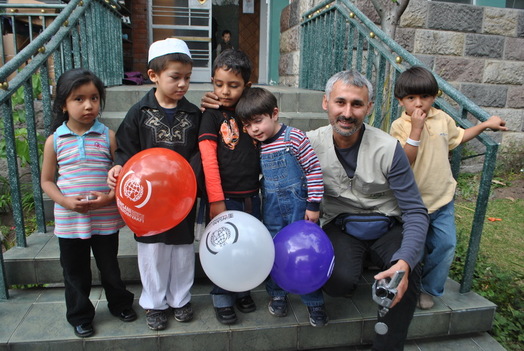 Islamic world has left behind yet another Ramadan which was filled with blessings. At Ramadan when feelings of brotherhood, love and altruism are felt strongly by people, our foundation has made the utmost efforts to help people despite many difficulties it faced. Taking greetings from Turkey to many needy people of the world, our aid teams brought the greetings of brother countries to us.

The IHH which aims to reach all the people in need no matter where they are, took relief to around 1, 5 million people at this Ramadan. Aid teams from the foundation took food packages, which were sufficient for one month’s use, to the needy families. Being a guest to the iftar tables of the world Muslims, our aid teams also invited Muslims who have nothing to eat at their homes to their iftar tables.

IHH did not forget orphans

IHH aid teams which conducted relief efforts in various parts of the world at Ramadan did not forget to extend a helping hand to the orphans in the countries and regions they visited. The IHH made the faces of orphans smile in 34 countries since the start of the Ramadan while they delivered clothing and school supplies to orphans in 25 provinces in Turkey. Hoping to extend a helping hand to orphans until they stand on their own two feet, the IHH gave priority to orphans and orphan relief at this Ramadan, too.

IHH did not leave east Africa alone at Ramadan

The IHH provided a sigh of relief to the east African nation thanks to its aid teams which travelled to the region to take emergency aid following the outbreak of the drought there. IHH emergency aid teams and medical teams carried out large-scale relief efforts at Dadaab refugee camp where many refugees have lost their lives due to hunger and diseases. In addition to these, the IHH organized mass iftars for the refugees in all regions of the camp. As of Sept. 8, the IHH has taken humanitarian aid to 1,089,577 people in the region.