IHH, which primarily aims to help those in the regions hit by wars, natural disasters and poverty, has delivered qurbanis entrusted to the foundation to people in need in this year’s Eid al Adha as it has done for years . IHH teams spread to various regions around the world such as Mozambique in Africa, Nepal in Central Asia, Latin American countries which have Muslim minorities, Arakan refugee camps and many other regions and distributed donations of charity-givers to the poor, the needy and the homeless.

IHH teams, which carried out Qurbani Aid Campaign in 95 countries and regions, are having the happiness of delivering 37,500 shares of qurbanis to needy people around the world.

Leaving for countries days before the Eid, IHH teams performed the qurbani slaughtering and distribute the fresh meat after they finished the priory arrangements.

IHH teams delivered total 1250 Qurbani shares to the city of Van, which was hit by a 7.2-magnitude earthquake the previous week. IHH initiated relief activities right after the earthquake struck the region and delivered fresh meat to those in need door to door, village to village.

Charity-givers in Turkey mostly donated their Qurbani animals to earthquake hit -Van inside Turkey and amongst the foreign countries, the East African countries were received the highest qurbani donations, which are going through the worst drought in 60 years. IHH teams  slaughtered and distributed 11500 qurbani shares to those in need in Somalia, the country worst hit by drought. The Philippines was included in Qurbani Aid Campaign this year for the first time. IHH teams slaughtered 500 qurbani shares in Mindanao region of the Philippines. 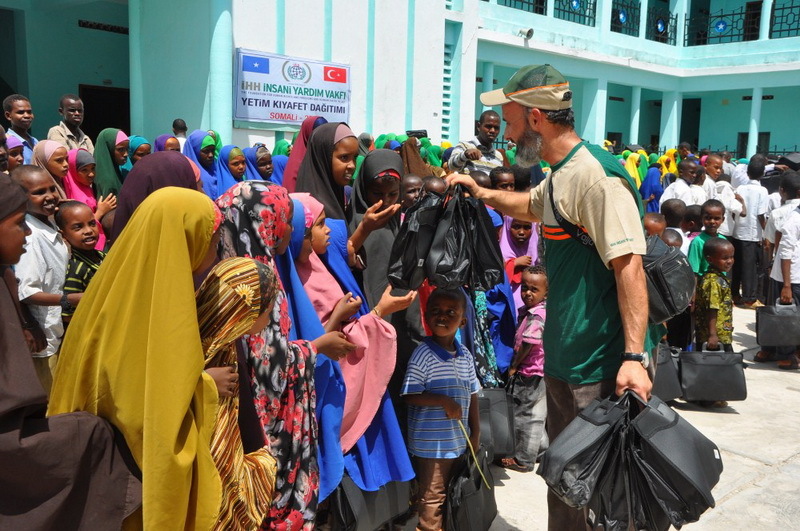 In delivering Qurbani donations to those in need IHH embraces them with love and with the aim of establishing a bridge of brotherhood between communities and becoming the hope of the less fortunate. In addition to delivering Qurbani donations delegated by the charitable Muslims to the people around the globe, IHH attempts to strengthen ties of brotherhood, sharing and solidarity among Muslims.

FIELD STUDIES TO BE CONDUCTED

IHH charity teams that spread across the world not only took fresh meat to brothers and sisters longing for their arrival but also aimed to support them with various projects that would improve their living conditions. Our teams conducts field studies for different projects such as mosques, masjids, water wells, educational centers, play grounds, vocational trainings, orphanages, and works to meet local needs.