IHH has speeded up their orphan projects along the side of emergency humanitarian aid in Syria in the holy month of Ramadan. In the scope of IHH’s Eid al-Fitr (Eid) projects, they distributed Eid presents to 9,000 orphans who live in Syria’s Idlip region and Turkey’s Antakya, Kilis and Gaziantep region.

The orphan children aged between 0-11, are located in the Babüssela Prefabrik village. With Eid al-Fitr approaching the children were filled with joy when they received their Eid clothing. 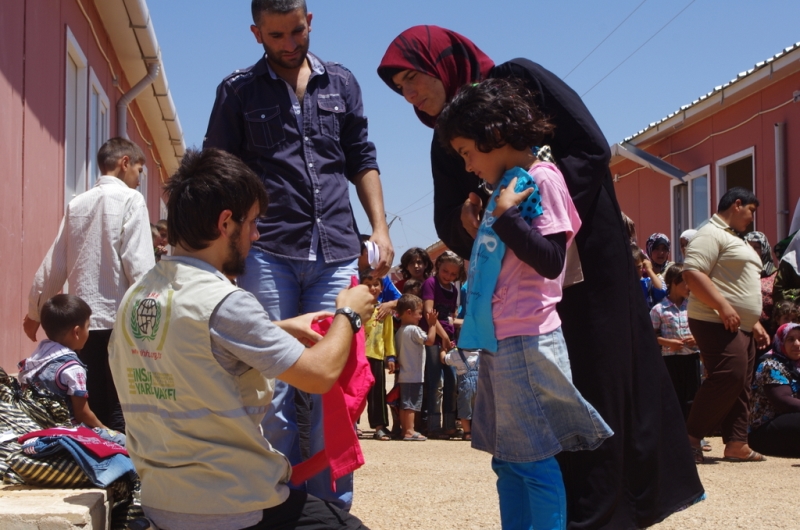 The IHH team forgot about their own tiredness when they saw the orphan children’s happiness as they drifted away and forget about their war traumas.

Related news
See all
2.8 million people have been affected by the drought in Somalia
Somalia is suffering from drought due to a lack of rainfall for two years straight. IHH launched aid operations to help more than 2.8 million Somalis affected by the drought.
15.12.2021
An orphanage for girls in Bangladesh
IHH has just opened the Atila Orhan Orphanage for Girls in Bangladesh to care for 48 female students.
13.12.2021
120 humanitarian aid trucks Off to Syria
IHH has launched an aid campaign with the slogan “Winter is Coming, Don’t Leave Them Alone” for Syrians that are forced to live under extremely difficult winter conditions. As part of this campaign, 120 humanitarian aid trucks were sent off from Istanbul and various Anatolian cities to Syria.
Istanbul
10.12.2021