IHH for Izmir
Soon after the Izmir earthquake, 266 members of IHH Search and Rescue team from 24 cities including Istanbul, Sakarya, Konya and Bursa set out for Izmir to work together with AFAD.
Turkey 30.10.2020

A 6.6 magnitude earthquake occurred in the Seferhisar province of Izmir. According to initial reports, six people died and 257 were injured as the result. The earthquake was felt in all the cities and provinces of the Aegean and Marmara regions.

IHH Humanitarian Relief Foundation set up a crisis center following the news of the earthquake. The first decision made by the center was to deploy IHH Search and Rescue teams in cities close to Izmir to the disaster-hit area. Soon after, IHH teams from Istanbul and cities in the region set out for Izmir. IHH teams initially joined the search and rescue operations, before arranging the distribution of emergency aid provisions to the earthquake victims. In addition, following the necessary preparations in Hatay, our mobile soup kitchen also left for the region. 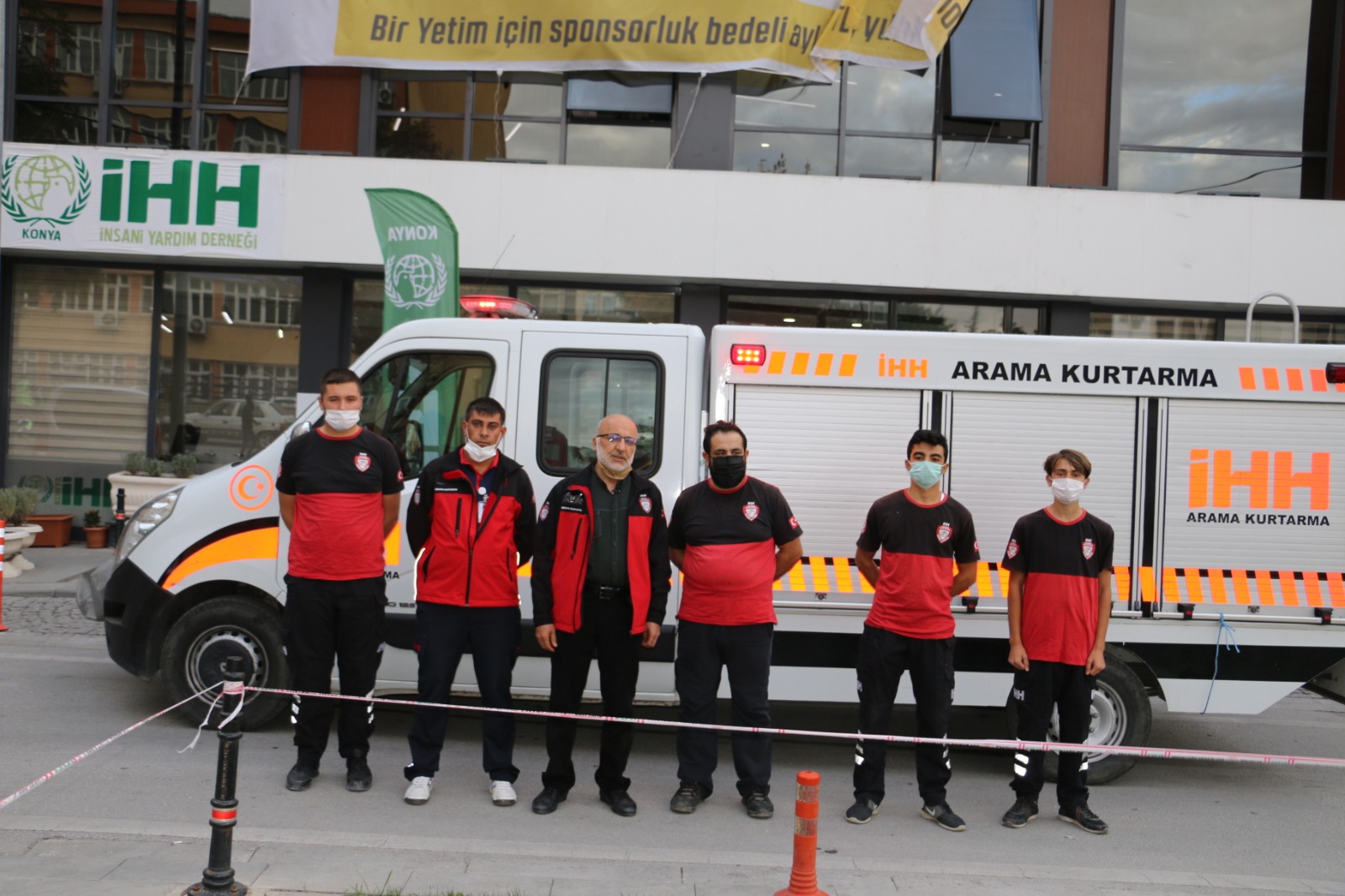 “Our teams are setting out from 60 cities”

Emre Yerli, Vice President in Charge of IHH Disaster Management conveyed his condolences and wishes for a speedy recovery to the entire Turkey. Yerli said that as soon as news of the earthquake was broadcasted, they set up a crisis center and a team of 226 members was deployed to the region. Yerli added “Our Izmir team is preparing hot meals for 10.000 people. We sent one mobile kitchen to the region from Hatay. Our mobile kitchen will be serving 10.000 people on a daily basis. Preparations for emergency aid are continuing in neighboring cities. We continue to deploy teams from a total of 60 cities. Two search and rescue dogs were sent to the region from Bursa and Eskişehir. All our teams have come together for Izmir.” Yerli, who also added that the teams joined the search and rescue operations coordinated by AFAD, said efforts to meet emergency needs in the region will continue. Operations will continue until the crisis ends

IHH teams will continue its search and rescue operations as long as it takes, and will continue to deliver humanitarian aid to help the people of Izmir until the crisis ends.