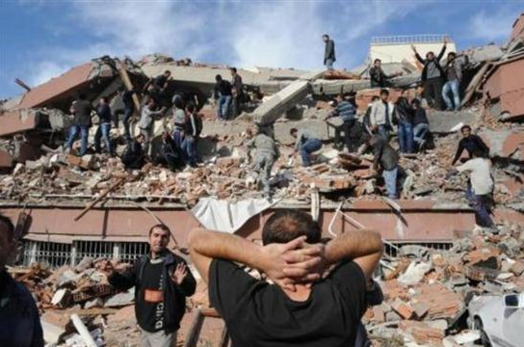 The earthquake with 7.2 magnitude hit Van, the eastern city of Turkey.

On Sunday, an earthquake with 7.2 magnitude hit Van city of Turkey. Many buildings are damaged and collapsed in Tabanlı village where is located as the epicenter of the earthquake. Erciş district is reported as the most damaged place where many buildings are collapsed and many people are reportedly under the rubble.

Beside the teams, IHH also sent to Van a truck load of emergency aid materials including tents and nutrition, and a mobile kitchen to provide hot meal daily to 10 thousand people.