The most of sacrificial meat were distributed in Syria, Palestine, Iraq, Afghanistan, Darfur and Somalia and other countries in which crisis and war is taking its toll. IHH has also distributed sacrificial meat in Nepal, Srilanka, Suriname, Cuba, Haiti and Cambodia in which Muslims are a minority.

Sacrificial meat has been distributed to 300 thousand Syrian Refugees

With the Qurbani campaign initiated by IHH this year, preference was first given to Syria. 5 thousand 200 shares of sacrificial meat was distributed in refugee camps situated in Turkey, Iraq, Yemen, Jordan, Lebanon and provinces of Syria including Aleppo, Halab, Hama, Idlib, Latakia and Deir ez-Zor to 300 thousand Syrian refugees.

The sacrificing and distribution of Qurbani meat has also taken place in the forgotten Islamic regions of Arakan and Meiktila, situated in Myanmar, and Patani. IHH teams have distributed 700 shares of sacrificial meat reaching to approximately 5 thousand families found in the regions of Muho, Weng, Taba, Balukar, Samak, Jagla, Ternang, the Şifa orphanage and Kokphor situated in Patani. 100 Qurbani animals were sacrificed in the region in which 700 families are living, situated about 300km from Arakan where 2500 Muslims are present, 200km from Meltika, 96km south of Yangon where families were affected by Cyclone Nargis in the year of 2008. 50 Qurbani animals were also sacrificed in the region of Dala which is situated close to Yangon. 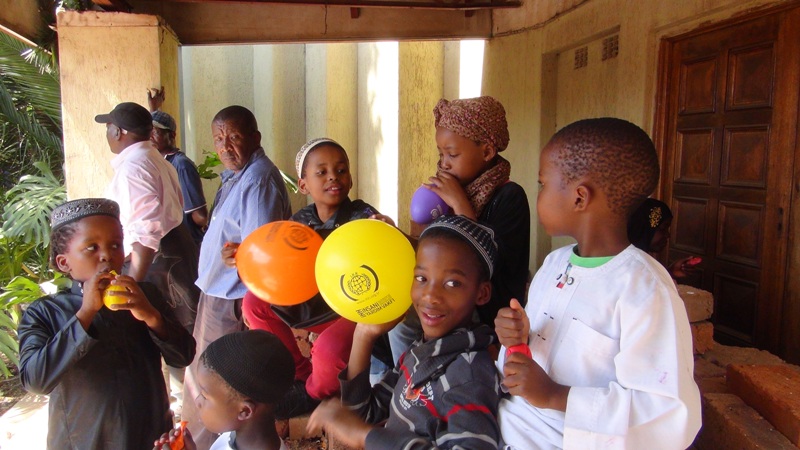 IHH teams have sacrificed and distributed 700 shares of Qurbani meat consisting of 100 cattle and 50 small ruminant animals (goats and sheep) in Nepal where more than 2 million Muslims are currently living.

IHH has also given financial support to a project started by Nepalese Muslims and allowing them to finish it in which the Holy Quran was being translated to the Nepali language.

Refugees in Pakistan were not forgotten

Palestinian refugees have not been forgotten

IHH teams have also not forgotten Palestinian refugees. 140 cattle were sacrificed in the refugee camps found in Palestinian, an additional 45 cattle in Lebanon, and 15 cattle in Jordan were also sacrificed. Meat sacrificed were distributed to families found in the camps of Nahrul Barid, Badawi, Shatila, Burj Al Barajina, Katarmaya, Ayn Al Hilwa and Mala Mala.

The population of Srilanka, situated in East Asia consists of Muslims at 8 percent. IHH teams have sacrificed 80 cattle and distributed the sacrificial meat to 38 thousand 500 people.

Happiness of Eid in the Balkans

IHH teams have also gone to the Balkan states. Qurbani activities had also taken place in Bosnia, Macedonia, Albania, Sanjak and Kosovo. IHH Humanitarian Relief Foundation, sacrificing 32 cattle in Bosnia-Herzegovina has reached to 1600 families in need with the help of various Bosnian NGO's in found in the region.