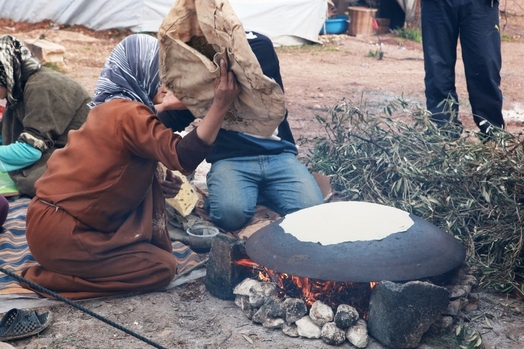 IHH is intensifying its efforts to take relief to Syrian people. In this regard, it continues to produce joint projects with relief organizations in Turkey and abroad to take fundamental relief items such as flour, food and cleaning supplies to Syria.

There are efforts to at least prevent deaths in the country due to hunger during winter months.

Recently, nearly all of the bakeries in Aleppo, Hama and Idlib were bombed, leading to a serious bread problem in the country. IHH aims to address bread shortage in Syria with such aid campaigns.

The 169 tons of flour was sent to different regions of Syria by IHH Hatay desk. The eight truckloads of flour were taken to cities in Aleppo, Idlib, Hama and some coastal regions.