IHH in typhoon-hit Philippines
Teams from IHH Humanitarian Relief Foundation have launched emergency relief work in Philippines after the country was hit by a powerful typhoon.
Philippines 10.11.2013

It is feared that tens of thousands of people have been killed and millions of others have been left homeless due to the disaster.

While fundamental services cannot be given to many regions due to typhoon, IHH teams have launched emergency relief work in order to join search and rescue efforts in the country and meet the victims’ need for accommodation and food. A four-member additional team has also set out from Turkey for Philippines.
You can either text “Filipinler” to 3072or make an online donation at https://secure.ihh.org.tr/ for the disaster-stricken people of Philippines.

IHH was also there after the quake

IHH teams that were in Cebu island, one of the places hit by the typhoon, to deliver Eid al-Adha relief to the region’s people who were hit by a 7.2 magnitude quake on Oct.15, delivered food and emergency relief items to these people. 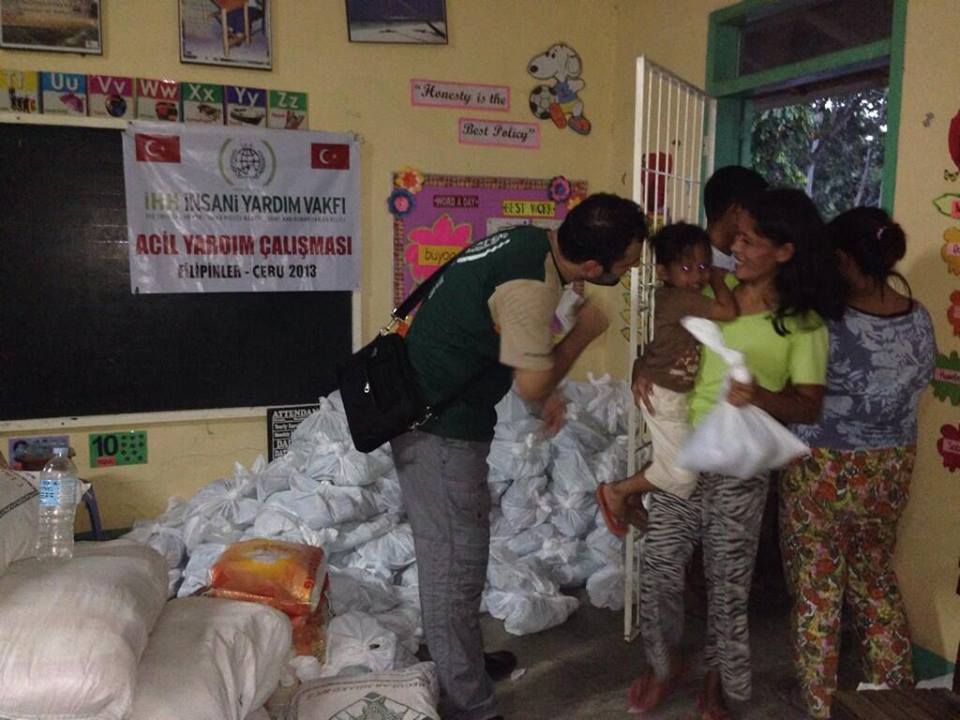