IHH initiates aid campaign for Gaza
We are calling on people of Turkey to send their help to Palestine. The IHH Humanitarian Relief Foundation will send urgent foodstuff and medical equipment to the Gaza Strip and bring some of the Pale
Palestine, MiddleEast, Turkey 29.12.2008 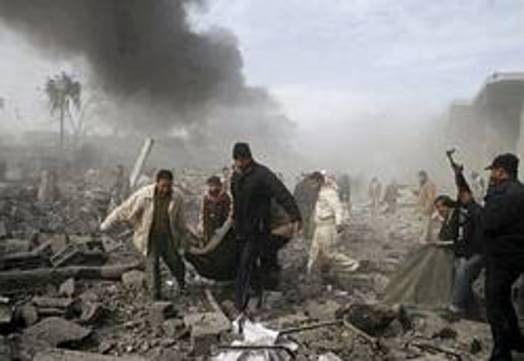 The foundation will initially send medication and foodstuff to Gaza and bring some of the wounded Gazans to Istanbul for medical treatment.

Not verbal but urgent aid to Palestine

Speaking about the Israel strikes against Gaza and humanitarian aid efforts, IHH President Bülent Yıldırım said, "After months of embargo and blockade Israel is now trying to subdue Gaza through bombardment. We will not remain silent against the Israel attacks. We will stand side by side with the Gazan people as we have always done. We will initiate a new aid campaign and initially send medication and foodstuff to Gaza. The people of Gaza need help. We are calling on Turkish people to extend their help. We should prove to the world that Gazans are not deserted."