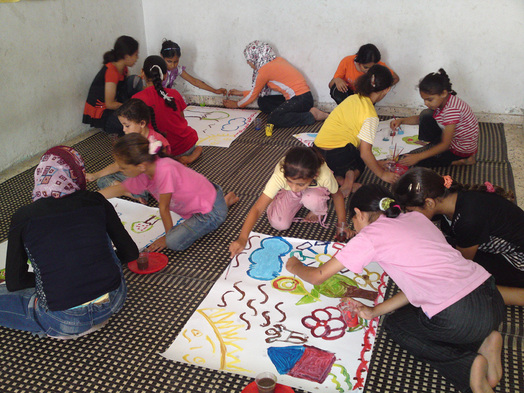 The competition was held between Nov. 15 and Nov. 30 and was joined by 500 orphans who are aged between six and 15.

In addition to meeting many needs of the orphans in Gaza such as education, food, healthcare and a place to live, the IHH is organizing various activities to help the orphans develop their communication skills.

Israeli military operations in Gaza have left hundreds of children without a mother, a father or both.

The orphans competed in three categories in the competition which are named: “My World in My Dream, My Right to Live and I Have a Dream.”

The results of the competition were revealed on Dec. 16. Various wards will be given to the winners of the competition. In addition to this, their paintings will be put on display at the Mavi Marmara ship and an exhibition hall in İstanbul on the second anniversary of Israeli attacks on Gaza.