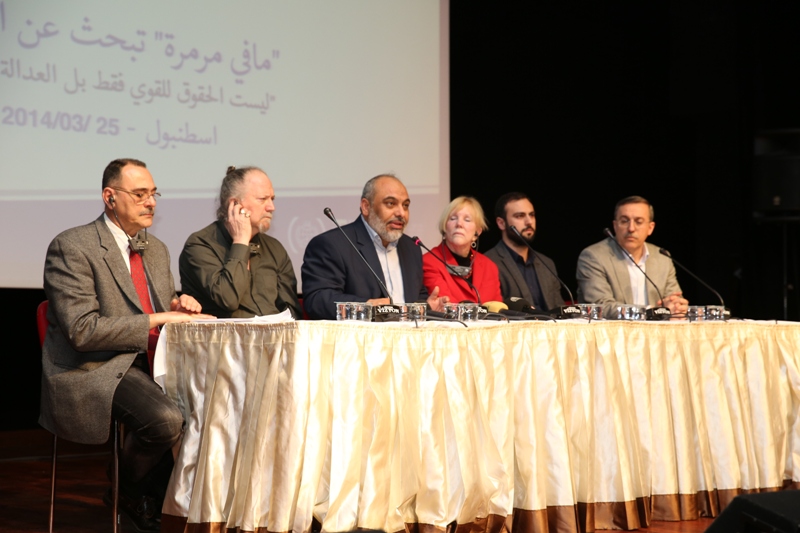 Bulent Yildirim stated that Israel assumed that the Mavi Marmara attack would be forgotten but it did not come true as expected because of the efforts.

Underlining the fact that there is a heavy Israeli lobby present in Turkey, Yildirim said that “It caused us great distress just to get the case off the ground. Finally we have filed the case and are giving hope to Palestinians,”

Stressing that there were lawyers in Turkey who were on Israel's side, Yildirim said “The judge who handled the Furkan Dogan case in Kayseri, who said that “Israel cannot be judged” is not acceptable. They asked our lawyers, “when you set out on the journey did you ask us”. How dare you threaten us in a law court”.

In the compensation cases that have the possibility of being rejected but those cases will still be followed through. He continued to say, “ I am challenging anyone. Those who are roaming the ice-cold labyrinths I am saying to you this: You can drag on the court case for as long as you like. This is to our advantage. The cruelty of Israel thus stays in the headlines. But the Turkish court system is in a state of disrepair. The warrant for their arrest should have been given after the first hearing. What are the the judges waiting for?” 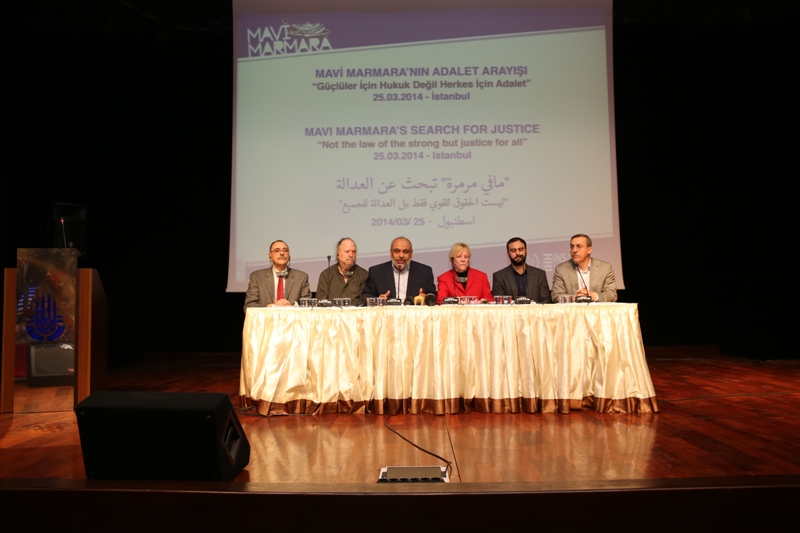 “They have repeatedly threatened us to close the case” said Yildirim. “Let it be known that when we were just one we are now ten. They have apologized to Turkey now, that's great; they have agreed to the compensation amounts, that is good too. But this isn't kindness,  this should be a compensation case. I am not aware of the blockades and embargo that is happening at the moment. We will continue to purse the apology and compensation cases. They must be called to account”.

In video sharing site yesterday, he commented on a video that was shared yesterday, titled “Mavi Marmara and the Truth”, he said, “The collaborators have released an image. The parallel forces who have done this are shameless.” He added that to commemorate the third anniversary of the Mavi Marmara siege there will be at least 200-300 thousand people participating in the march.  We thank our friends on the left in Europe and America who have supported us. He requested that they also speak out to those who are on the left in Turkey. The father of martyr Furkan Dogan, Ahmet Dogan also pointed out the human honor shown by those on the Mavi Marmara and the Gaza Freedom Flotilla. Saying that this was an international war crime against people, Dogan said that “This struggle must continue to the end. It should continue until Gaza is free,”

Saying that Furkan participating willingly and responded positively to the aid organization, “For this reason Mavi Marmara is our honor. There is a huge responsibility on our shoulders,”

Speaking in regards to the criminal cases that have been opened Dogan continued, “Firstly, the case at Lahey is one of the cases that I have assisted representing the families of those who have been martyred. The criminal proceedings are very important. We want Israel to be tried in court. The criminal proceedings are being continued in Istanbul. The fifth hearing will be completed soon. The third case at Kayseri was a compensation case. Unfortunately because of missing evidence in the first hearing the judge finalized the hearing quickly. The judge formally kept the hearing short because of Israel's immunity. Because my son is an American citizen whilst we were thinking of criminal prosecution unfortunately in American we can only a compensation case. We are still deciding what to do,”

Dogan who wrote a letter to Obama said, “The reply that came much later was in the negative. They said that events the happen on the other side of the world is not cause for a criminal case. At this point, we are holding onto our right for compensation. God willing we will succeed even if justice comes later than we anticipate.”