IHH puts a smile on orphans' faces in Ramadan
IHH Humanitarian Relief Foundation met with orphans from different countries and regions of the world within the framework of Ramadan.
26.07.2014

IHH Humanitarian Relief Foundation met with orphans from different countries and regions of the world within the framework of Ramadan.

IHH put a smile on orphaned children’s faces by distributing eid clothing and children’s stores deployments, opening up orphanages and many other aids of this kind. Also, for the first time this year they celebrated World Orphans Day and due to this they held events for the orphans in 81 provinces.

With IHH’s initiative, every year the 15th of Ramadan is declared to be World Orphan’s Day. Philanthropists from all over Turkey came together with the orphans and had iftar. In 824 municipalities and 81 provinces around Turkey, orphaned children and their families were given iftar dinner. The Turkish Prime Minister Recep Tayyip Erdogan also attended the iftar dinner held in Antalya.

In Istanbul, IHH and the Esenler Municipality held an iftar evening together. Kadir Topbas, the Istanbul Metropolitan Municipality Mayor was the host for the evening. 33 orphan children from 10 different countries, Ministers and MP’s were amoung the 6,000 people who attended the evening.

With IHH’s request, the Directorate of Religious Affairs organised the same week’s Friday sermons topic to be world orphans. The day before world orphans day 85, 000 mosques around Turkey spoke about “orphans and our responsibilities” in their sermons.

Their Eid cloting was gifted by IHH

Within the framework of Ramadan, IHH delivered various kinds of aid to many countries around the world. They gifted eid clothing to a total of 18,251 orphaned children in Lebanon, Yemen, Somalia, Ethiopia, Bangladesh, Sri Lanka, Syria, Afghanistan, Uganda and Turkey. In addition, they distributed Ramadan children’s stores to 10,000 orphans in 61 cities around Turkey were orphan programs are held. 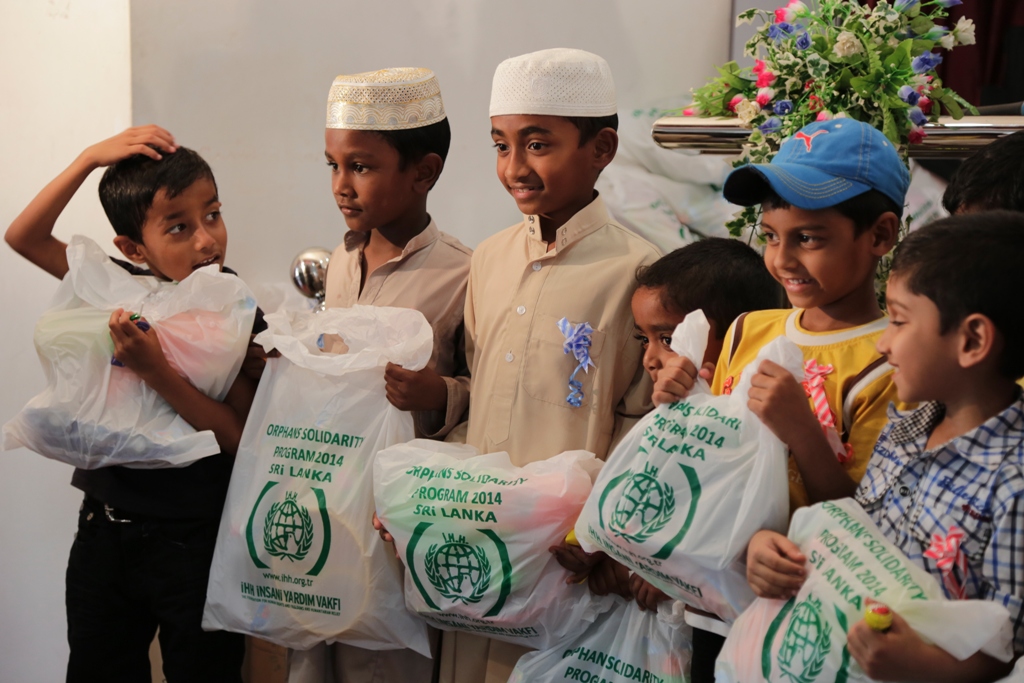 As every year, the IHH team visited many countries around the world this Ramadan. Along the side humanitarian aid they opened an orphanage in Pakistan and Burkina Faso.

IHH officials from Turkey and a delegation of volunteers visited Pakistan’s Haripur region and the completed construction of Dar'ul Erkam orphanage was inaugurated. The two-story orphanage has the capacity to host 250 orphans aged between 5 to 12 years old. It is composed of several units which children many need such as a kitchen, toilets, cafeteria, office, game room, clinic, TV room. The other IHH team visited Burkina Faso to help perform activities within the framework of the Ramadan project and attended the opening ceremony of the Sifa Education Complex. The Education Complex was constructed in the Titao region. Inside you can find an orphanage which caters for 60 people, a school which has the capacity of 180 students, a dining hall and an administrative office.