IHH rescues Turkish citizen abducted in Libya
Last August Said Denizcioglu, a 51-year-old Turkish citizen with Syrian origin who is involved in the education of Syrian refugee children in Turkey, traveled to Tripoli in order to submit their curriculum files.
Algeria 02.12.2015 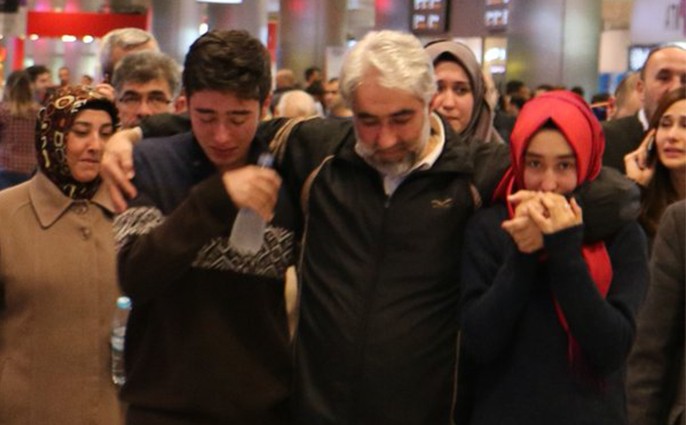 Last August Said Denizcioglu, a 51-year-old Turkish citizen with Syrian origin who is involved in the education of Syrian refugee children in Turkey, traveled to Tripoli in order to submit their curriculum files.

In the night of 9th of August when he was on the way to the hotel he was staying with head of education committee of Ministry of Education of Libya, Mr. Salah Halifa he was abducted by an armed group. “They stopped the car and pulled us out of the car. They had long barreled weapons” says Denizcioglu.

“They hit me at the back of my head with a hard object after they blindfolded me and tied my hands. When I came back to my senses we were in a traveling car. They stripped me off taking away whatever I was wearing on. We stayed at an abandoned villa in decay. They constantly tortured me” he added.

Said Denizcioglu said that after they were released as a result of an operation by security forces on the night of 16th November, they were taken to a safe place in Egypt.

Denizoğlu expressed that he will continue working for the education of refugee children.

IHH Executive Board Member Mr. Ahmet Sarıkurt said that Turkish Head Consular to Misrata and IHH Humanitarian Relief Organization have worked diligently to rescue our citizen. “We came to know about the abduction of Denizoğlu one month after the incident and we immediately took action” he said.