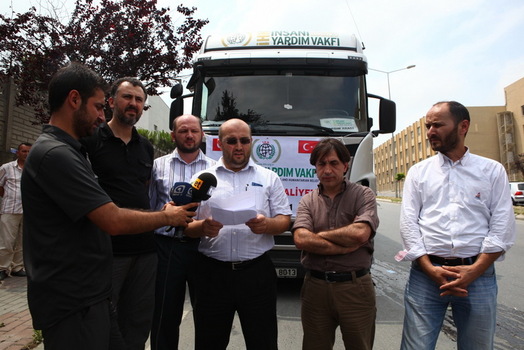 One of the trucks will be used as a mobile kitchen which will provide hot meals to 10,000 people daily while the other truck carries textile products for children, men and women and have a  cost of TL600,000. The trucks are expected to arrive at the region at noon hours on June 21.

The years-long despotic regime and human rights violations in Syria have carried the fight for freedom which began in North Africa to Syria. The public unrest which began in neighboring Syria on March 15 is being violently suppressed by the Syrian army. Nearly 1,500 people have been killed and 30,000 others have been wounded in the ongoing turmoil in the country over the past four months. Some 10,000 Syrians have also been detained in the same period and 3,000 people have gone missing. In addition, nearly 12,000 people had to flee the country due to the ongoing violence.

The IHH, which in early May took humanitarian aid to 400 Syrian families who took refuge in Lebanon, has sent five trucks carrying food and medicine to Güveççi and Görentaş towns on the Turkish-Syrian border so far. The Syrians who fled Jisr al-Shughur in İdlib in north of Syria to save their lives have been living in a forest area where they are unable to meet even their basic needs. 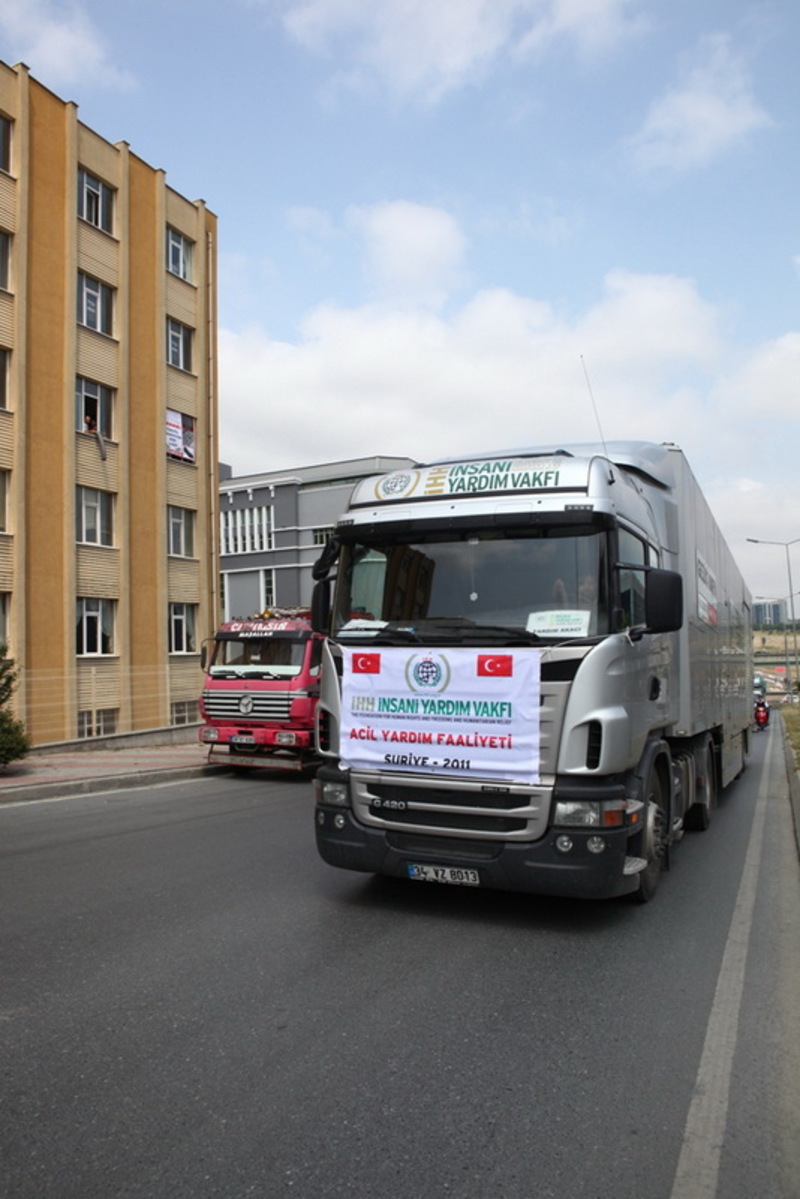 As of June 16, the IHH has provided aid which has a cost of TL160, 000 to Syrian refugees and now it has sent two humanitarian aid trucks to the Turkish-Syrian border. Before the departure of the trucks, IHH Secretary-General Yaşar Kutluay delivered a press statement in which he gave information about the humanitarian aid supplies sent for Syrian refugees. Kutluay said one of the trucks will serve as a mobile kitchen and provide hot meals to 10,000 people daily while the other truck carries textile products. “By leaving their property behind, Syrians have taken refuge in Turkey to flee their government’s bloody crackdown. We are sending textile supplies which have a total cost of TL600, 000 for these people who had to leave their homes even without taking extra clothes with them. This truck carries clothing for children, men and women. We call on the Turkish nation to take action to help neighboring Syria either as in donation in cash or donations in kind,” Kutluay said.