IHH stands with Iraqi refugees
IHH has reached out to the thousands of Turkmen, Kurdish and Arab refugees whose homes have been raided as a result of ISIL taking over Mosul.
Iraq, Turkey 13.06.2014

Thousands of people have abandoned their homes as ISIL took control of Mosul forcing people to seek refuge in surrounding provinces.

As attacks continue Mosul numbers seeking refuge has climbed over 500,000, the number of refugees in nearby Kerkuk and Duhok have reached close to one million people.

As border clashes continue the IHH team have been able to deliver aid to the Turkmen, Kurdish and Arab refugees of Erbil, Kerkuk and Dohuk after determining what their exact needs were. Firstly, in the township of Ha'zir near the Mosul border, thousands of asylum seeker families were given food packs and have had lunches and dinner served.

Near the Seyhan township of Dohuk, kitched needs, blankets, food packs as well as lunches and dinner were also served. 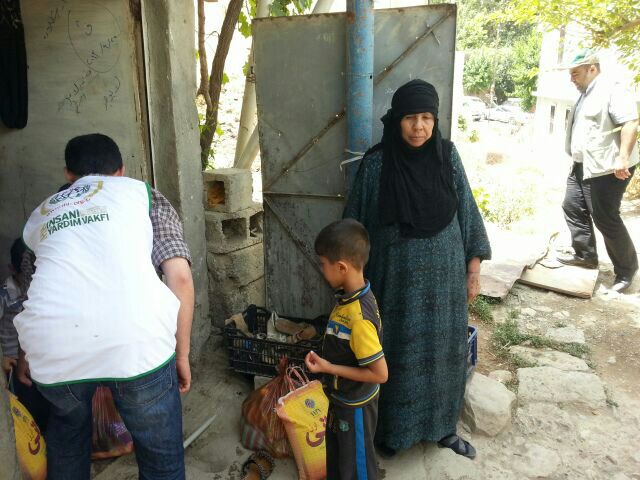 As a result of clashes in the towns of Telafer, Tuzhurmatu and Tazehurmatu, families who fled were forced to seek refuge in the Sincar refugee camp. Food packs, hygiene products, and meals were distributed to 500 families.

Similar packs which also included milk were distributed to the refugees in the Kevirgoski and Ha'zir camps and also to the Germawa refugee camps in Suleymani. The distribution of packs is presently continuing.

The Distribution of Refugees

According to information obtained by IHH teams there are 120 families in Ha'zir, 460 families in Kevirgoski, and 160 in Germawa. The Turkmen families that have sought refuge in Sincar are close to 40,000.

In Kerkuk, families from the towns of Tuzhurmate, Tazehurmatu, Abud, Amirli, Bostanli, Zangili, Çardaklı, Elbuhasan, Küçük Elbuhasan, Pir Ahmed, Sayad, Dereobas which are tied to Selahaddin province also have sought refuge in the Sincar province. In Kirkuk close to 3,000 families have sought asylum on the border of Kerkuk. This also included families in the areas surrounding Kirkuk.