IHH Humanitarian Relief Foundation has distributed winter aid at the refugee camps in Lebanon, where people have died due to the cold. IHH teams have supported five thousand families. 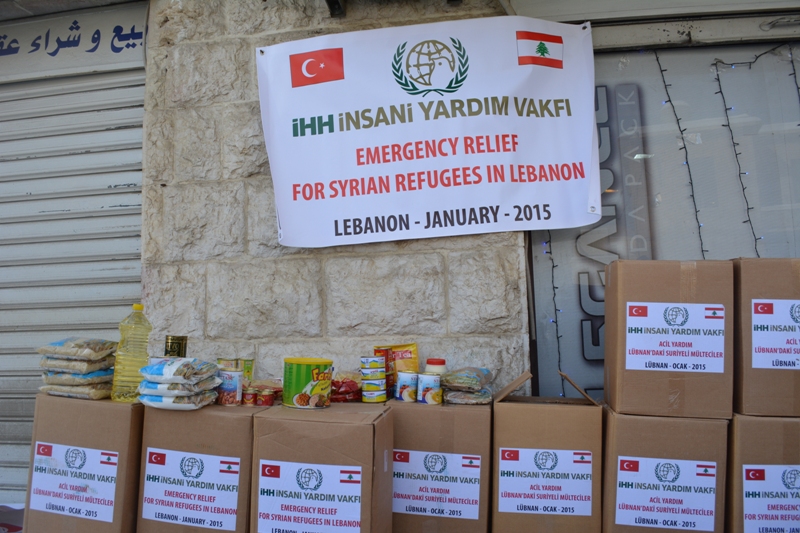 Our emergency teams then moved onto the largest Palestinian refugee camp the Beddav camp in Tripoli which was established in 1955, they provided aid assistance to the camp that is home to about 70,000 people. When the Beddav camp was established in 1955 it was home to 30,000 Palestinian refugees, however, over time this figure reached 70,000 due to refugees coming from other camps and also the refugees from Syria. The harsh winter conditions are making the already difficult daily living conditions more challenging.IHH teams have provided blankets, winter clothes and food aid to the Beddav camp.

IHH teams have provided aid to the camps that Syrian refugees are remaining in and also in Akkar, Bekaa, Arsal, Beirut and Lebanon mountains as a relief effort of the Lebanon Winter Aid Campaign. Distributions have been carried out in Rahma camp in Akkar and Aidan school, Ta'laba camp in the Bekaa valley, Berilas camp, Kamidu-Leyz camp, Bekaa Medical Centre and in the Garau zone that is connected to Bekaa. 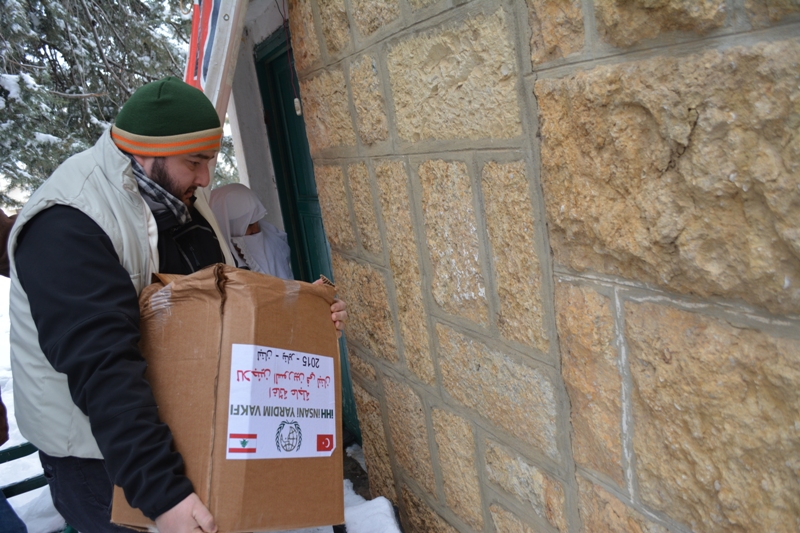 They burn anything they can find to stay warm

The Arsal region that is home to more than 100,000 Syrian refugees was one of our priority areas to provide aid. The Arsal region is an area where the most hardship is experienced. The air temperature in Arsal is -18 degrees and the region is experiencing itsheaviest snowfall compared to the past years. The wells in the area are frozen. The difficulty experienced in regards to the fuel needed to heat makes the condition insoluble. People are burning anything they can find to warm up. In Arsal last week 10 children froze to death.In the region blankets and firewood for fuel is one of the most urgent needs.

IHH teams have provided 5,000 refugee families winter aid during the time they spent in Lebanon.