IHH teams have started Qurbani projects within Syria
IHH teams have gone to Syria, to distribute sacrificial meat to Syrians stricken by war and poverty within the Qurbani Campaign.
Syria 16.10.2013

We have started the Qurbani projects in Syria

IHH teams, within the Qurbani campaign started by IHH, have delivered sacrificial meats to Syrian families suffering poverty and grief, who have not been able to sacrifice any Qurbani animals.

IHH teams have gone to the Province of Idlib, Syria, to start the necessary works for the distribution of sacrificial meat to the population of Syria. Qurbani aid packets have been distributed to Syrian provinces which have been torn apart by war and grief.

Eid at the refugee camp

IHH teams have also visited refugee camps situated within Syria and have also headed of to the 'Camp of Orphan families', set up by IHH where IHH teams were briefed by camp manager Ahmet Alluş.

Mr Alluş stated 'The expenses of the camp in which 700 refugees are living, primarily woman and children, are funded by IHH donators". Mr Alluş continued 'For the Eid celebration to be felt among refugees, we have distributed sweets to them, but it is becoming harder to make them happy.'

Mr Alluş had said 'There are also many university graduates present among the refugees. We have two schools situated within the camp, one of similar to the Imam Hatip schools present in Turkey, while the other is a school in which education is being given temporarily, until the war within Syria ends. We also have a dinner hall which was serving throughout the month of Ramadan but is currently closed.'

Mr Alluş sadly stressed 'After the Ramadan Eid celebration, the aids coming through to the camp have dropped quite dramatically'.

IHH teams had later continued from the camp onto the province of Idlib to deliver the necessary Qurbani Aid. 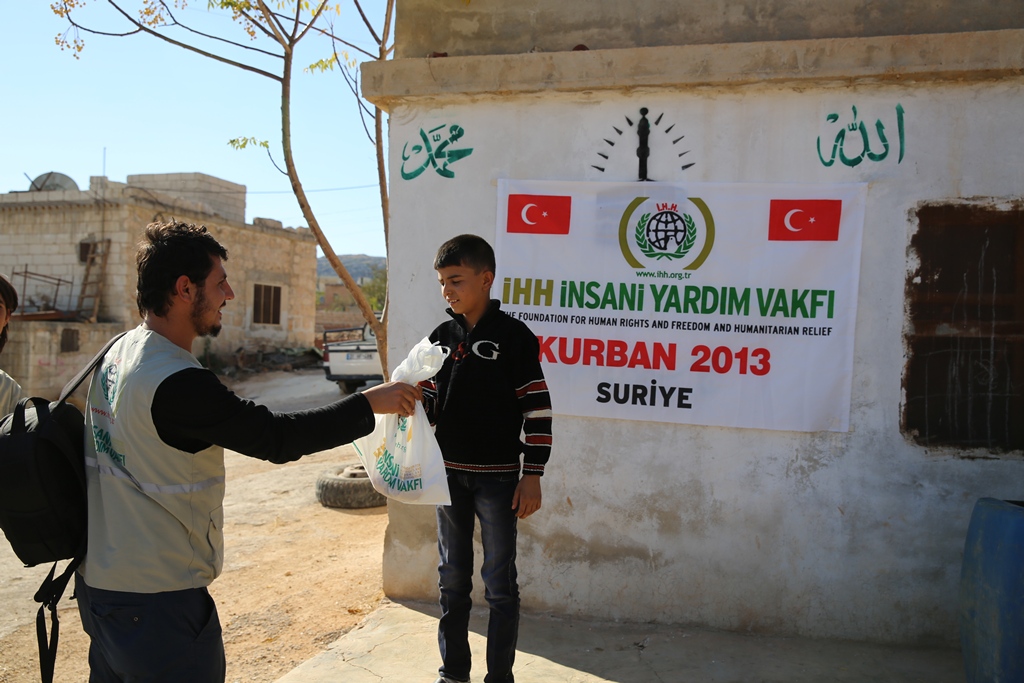