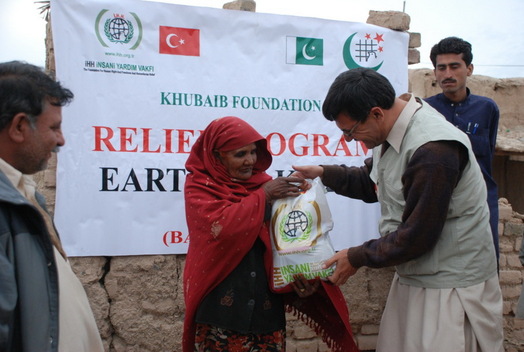 While millions of people have not been recovered from the flood in last August, Pakistan hit by 7.2 magnitude earthquake at this time. Since the epicenter is Dalbandin province of Balochistan which is located in a sparsely populated area, no loss of life is reported but material damaged caused in the houses by earthquake.

Right after the earthquake happened, the IHH teams arrived at the region and started to relief works. Urgent rescue team reported that many less houses are collapsed and around 200 houses partially damaged. The team distributed 27 kg food packages to 200 families who have affected the earthquake. Food packages include basic items like sugar, rise, tea, oil, floor, and macaroni. Besides, 2 trucks loaded with winter clothing, shoes, blankets and food packages were sent to the region from IHH's storage in Pakistan's Haripur city.