IHH was in Gaza for orphans
Teams from IHH Humanitarian Relief Foundation that visited Gaza on the occasion of Orphan Solidarity Days carried out a series of relief activities for orphans there.
Palestine, Palestine-Gaza, MiddleEast, Turkey 15.04.2013 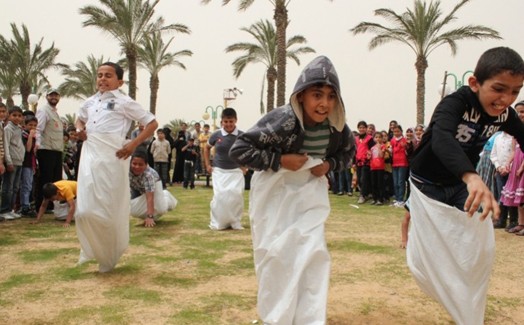 Taking care of 29,342 orphans across the world, IHH visited the orphans in Gaza as part of its traditional Orphan Solidarity Days. The IHH team that went to the region carried out various relief activities for orphans for six days in Gaza.

On the first day of the program, IHH team members and orphans visited the monument constructed for the martyrs of Mavi Marmara and house of Sheikh Ahmad Yassin. IHH team members and the orphans later visited Ismail Haniyeh, the prime minister of the Palestinian government in Gaza.

IHH, which later organized excursions and entertainment programs for orphans, delivered various presents to the orphans. IHH team members slaughtered aqiqah and nazhr animals and delivered their meat and other food items to families in need . IHH team also visited a computer course and a sewing course opened by IHH in Gaza.

IHH team, which had the opportunity to mingle with Gazan children and their families in a kite-flying event which was attended by orphans and their families, later made the launch of a project that concerns the maintenance of the houses of two orphans which were damaged by Israeli attacks in Deiral-Balah region.

A total of 11,027 Palestinian orphans, most of whom live in Gaza and refugee camps in Lebanon and the West Bank, are regularly supported by IHH through its Sponsor Family System.