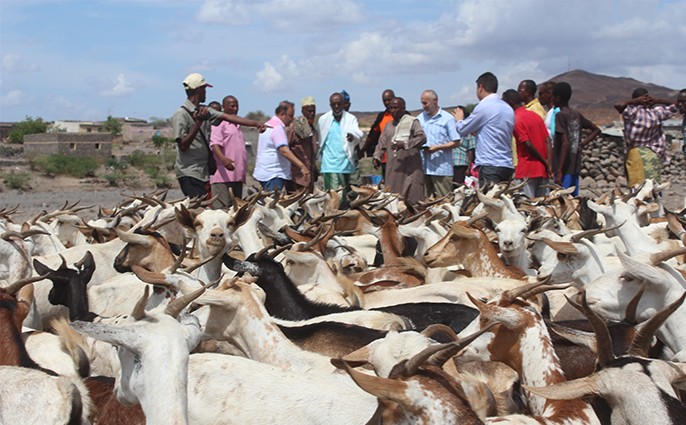 With the support of Turkey's Embassy in Djibouti, IHH distributed food and livestock aid to Djibouti.

The Djibouti public welcomed Turkey's Djibouti Ambassador, Hasan Yavuz joyfully as he personally distributed the aid to those in need.

In the Turish Village (which means Turkish village) located 30 km away from the Djibouti capital, 200 food packages weighing 30 kgs each, was distributed.

The villagers, welcomed Turkish Ambassador Hasan Yavuz with flags of Turkey in their hands. During his speech at the village, Yavuz stated that "today we are delighted that we were able to keep our promise to you by delivering aid." Turkey is honored by your welcoming ceremony. Turkey has always been there for its African brothers, and will continue to always be there," he said.

Turkey is committed to fulfilling its duties towards Africa. Although the Turkish village in Djibouti is thousands of kilometers away from Turkey, the name has been protected for hundreds of years said Yavuz. He then continued by saying " Today we did provide aid, in fact we brought you the love and brotherhood of the Turkish public." 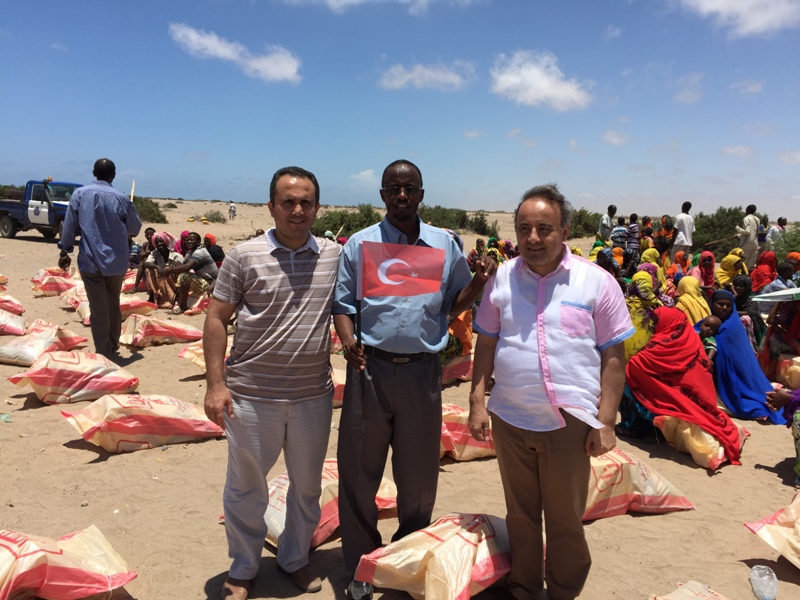 The Turkish village lived under the Ottoman rule for nearly 380 years. In the 16 century, Ottoman merchants came over to this region in order to import and export salt. Since the 16th century, the village is known as Turk Koyu.

300 goats were distributed to 300 families living in the Dikhil Djibouti region and in the Senkal village. Aid was delivered to the villagers by Turkish Ambassador Hasan Yavuz himself.

The villagers who welcomed the Aid delegation with Turkish and Djibouti flags, thanked IHH and Turkey for providing aid.

Residence of Dikhila sing the "Istanbol" titled tune when their daughters are getting married. In the song it says "Istanbul shine like a flashlight, illuminate your country." 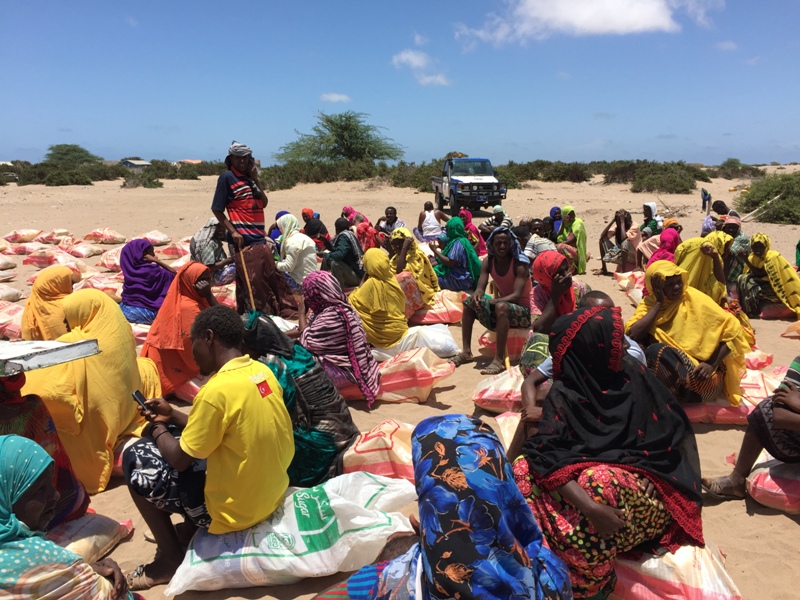