This is the fourth year of the ongoing massacre in Syria. Up until now, hundred of thousands of people have lost their lives. Millions of oppressed people took refuge in neighboring countries. Lebanon has been one of the countries where there has been many refugees as Turkey and Jordan. There have been approximately 2 million Syrian refugees in Lebanon now.

Especially many people from Damascus and Homs came to Lebanon and they live in makeshift tents and in the camps established by relief organizations. 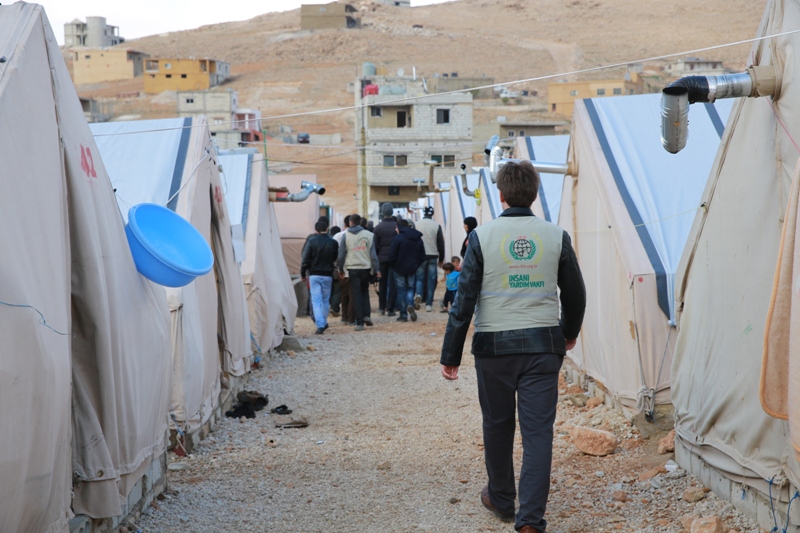 IHH teams have travelled to the region in the recent days. As result of the inspection they carried out with the local NGOs, it has been determined that there has been 5 camp sites where there is an immediate need of basic life materials.

IHH officers distributed 570 food packages to the people in the camps. Approximately 3,000 people will benefit from the packages for 20 days.