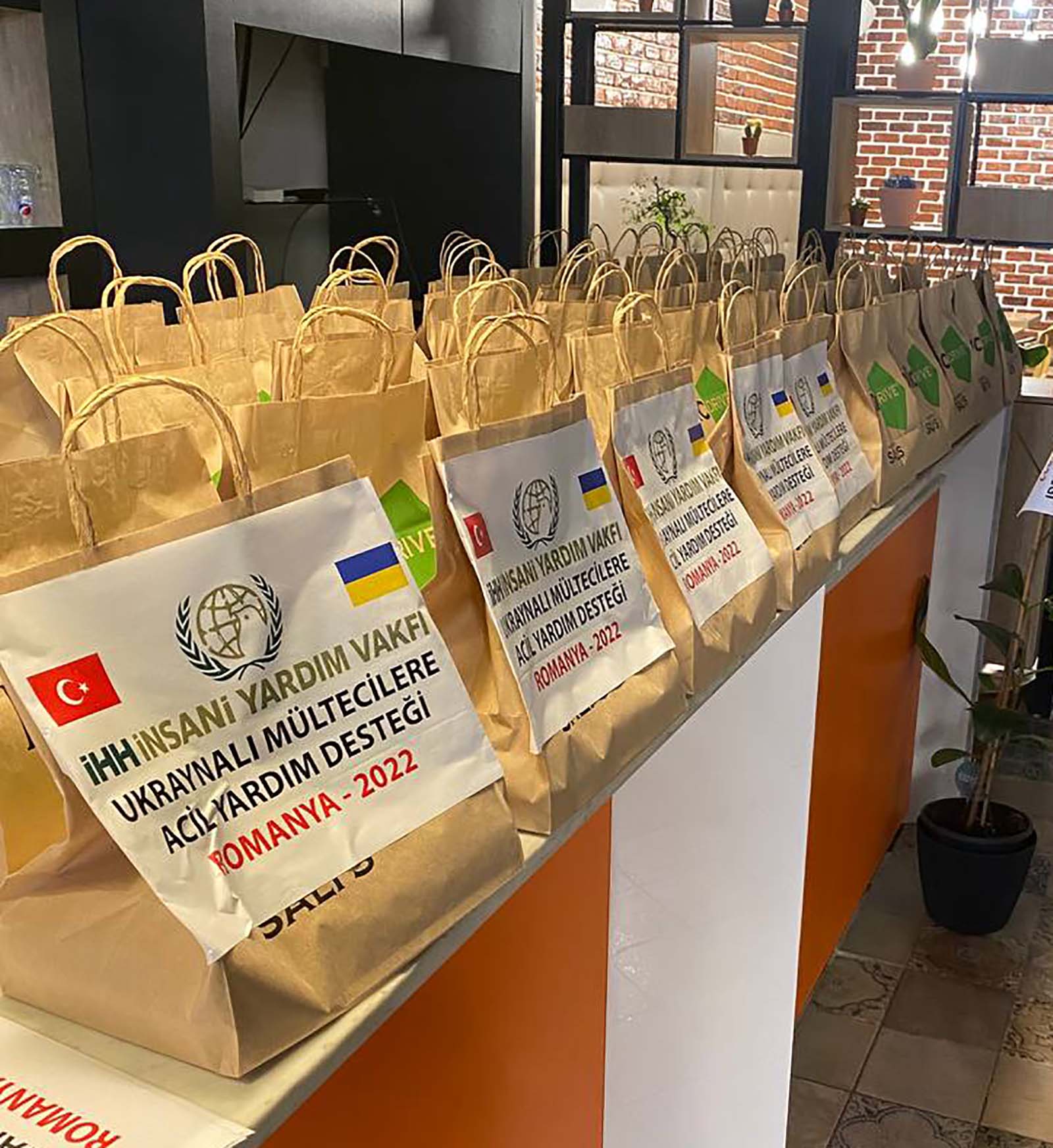 People under Russian attack in Kyiv, the capital of Ukraine, are having trouble accessing food. During the times when there is no curfew, IHH, which continues its aid efforts throughout the world, distributes bread in various Kyiv neighborhoods.

In addition, blankets and ready-to-eat food are being distributed to Turkish citizens and refugees arriving in the Isaccea region of Romania.

IHH maintains its relief efforts for refugees in bombarded Kyiv and for refugees who have taken refuge in neighboring countries in order to respond to pressing humanitarian needs in Ukraine.

More than half a million people migrated in 6 days

In Ukraine, where attacks have begun on February 24, clashes continue in many cities. A large number of people lost their lives and were injured in the country.

According to a UN statement, over 500,000 refugees have entered neighboring countries from Ukraine. Emre Kaya, IHH Deputy Chairman for Foreign Relations, said, "During the hours when there is no curfew in Kyiv, we distribute bread to people who have difficulty accessing food in different parts of the city." He continued: "We are also providing ready-made food and blankets to refugees seeking refuge in neighboring countries."