One in ten people do not have access to water; drought, poverty, rapid population increase and pollution are a threat to drinking water sources. In a world where millions of people cannot access clean water, epidemics are gradually on the increase. IHH Humanitarian Relief Foundation is continuing its efforts to provide access to clean water. Undoubtedly, a majority of these efforts is done through opening water wells in regions in need.

These water wells not only provide people with water, but the water use, particularly in livestock farming and small-scale agricultural operations, means better livelihood for the people. With these water wells that are an important factor in preventing water shortage and famine, we have won the hearts of the people, and formed a bond between the people in need and our donors.

Throughout 2021, IHH’s water well project has been a ray of hope for hundreds of thousands of people in African and Asian countries. With the recent Taluğ Family Water Well opened in the Cemenibug village in the city of Segou, Mali, the total number of water wells opened by IHH in 41 countries and regions since 2000 has reached 10.000. The number of people that benefit from these water wells on a daily basis has reached 4.474. 400. In addition to standard water wells, IHH has also opened 104 deep-water wells in various countries. In regions and situations where the standard water wells were insufficient to meet demands, more complex, deeper water wells including a water tank, fittings, solar systems, generators and similar features were constructed. Each of the deep-water wells provides clean water to 5-10 thousand people. 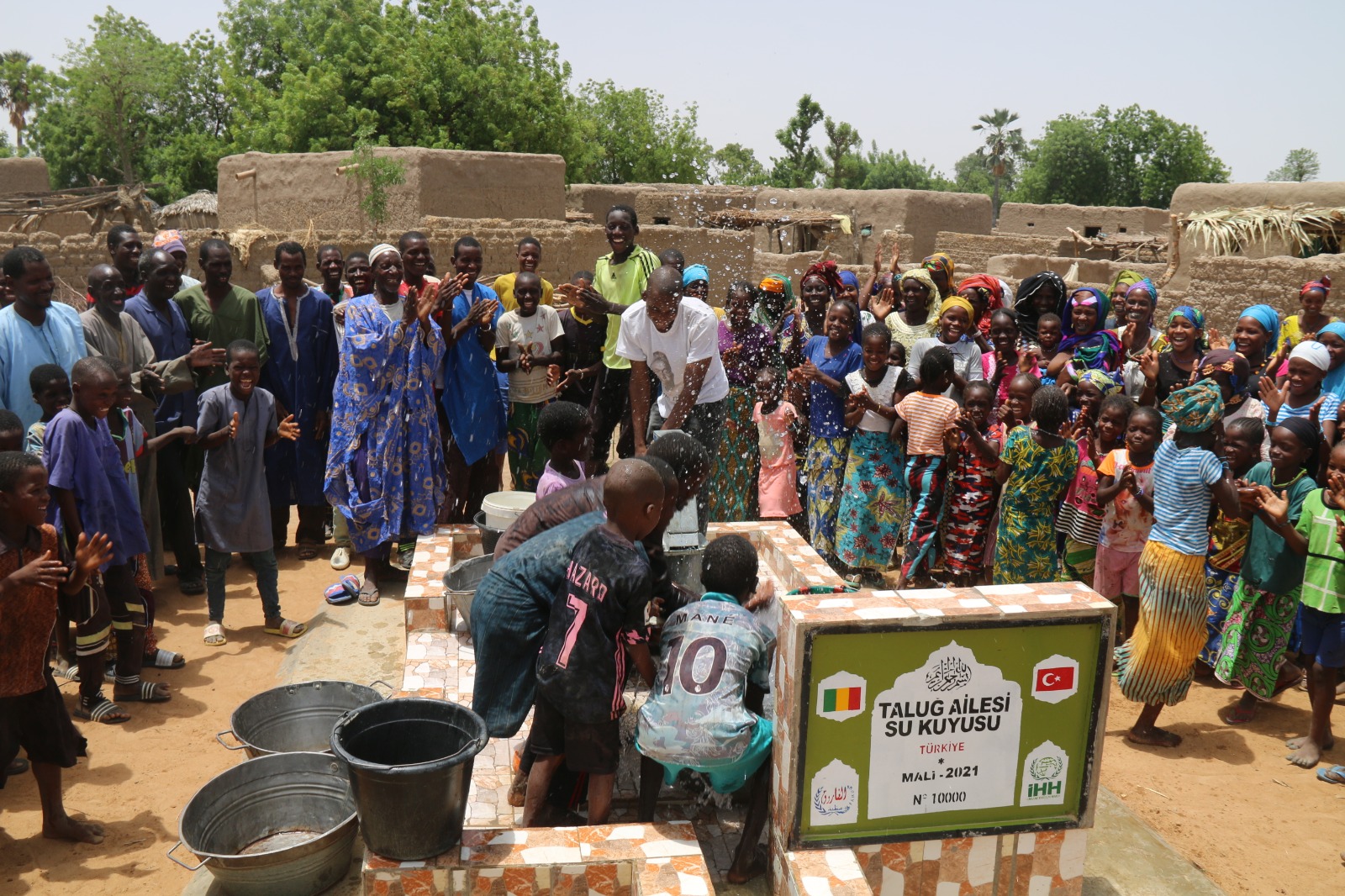 The countries and regions where IHH opened water wells to date are as follows: Donors can contribute 5 TL to the water wells by sending an SMS stating the code WATER WELL to 3072. Donors who wish to donate the entire cost of a water well to be a ray of hope for the deprived can donate to IHH bank accounts or online donations.