IHH Humanitarian Relief Foundation carries out aid operations in 135 countries across five continents and territories struck by wars, disasters and poverty regardless of race, religion and language. In this regard IHH initiated a call for emergency aid to Somalia, Southern Sudan and Yemen as they are suffering drought and conflict. IHH speeds up the activities in the region with the help of the charitable donors. 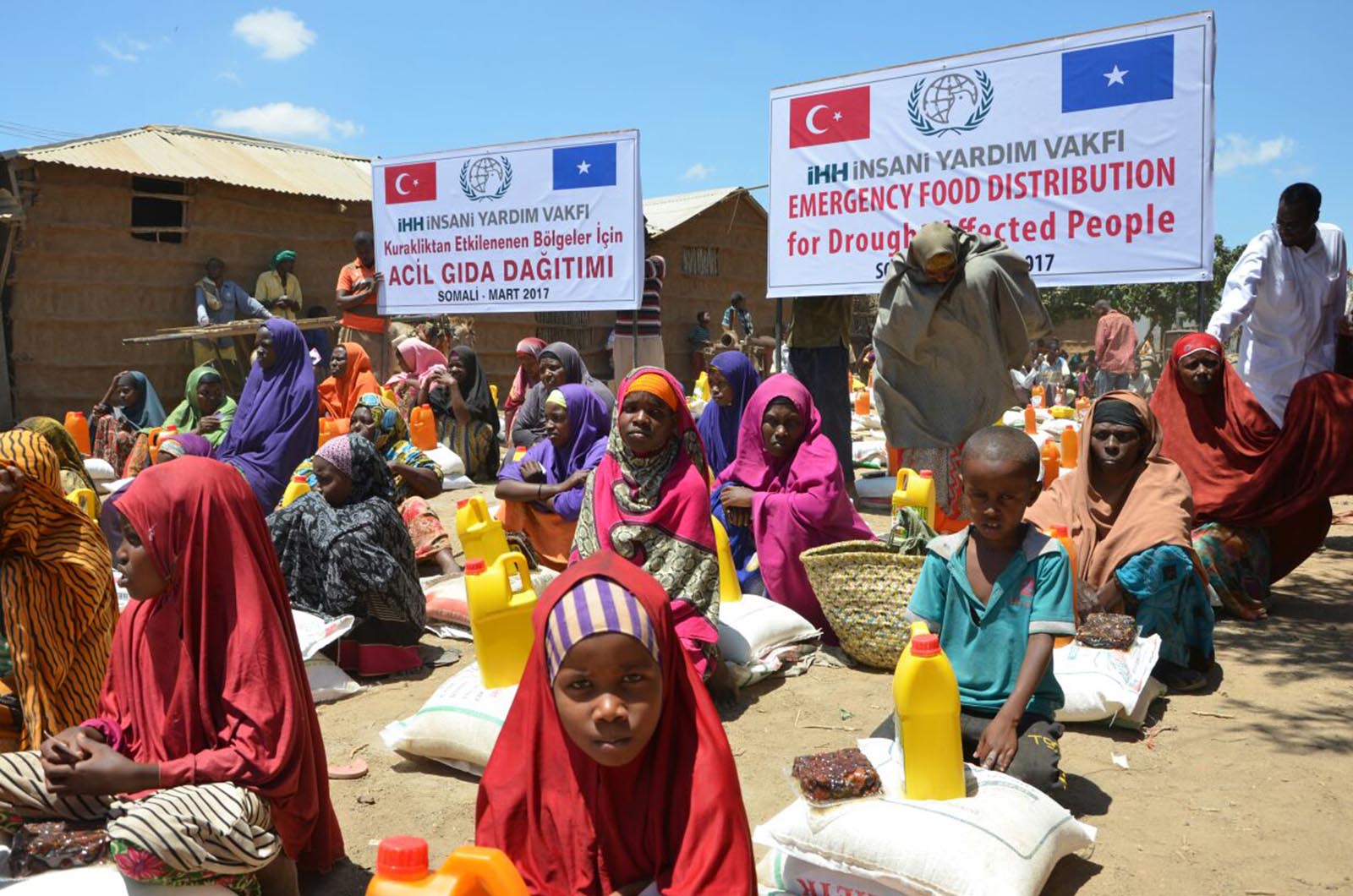 As  a result of the decreasing rainfall Somalia, Nigeria, Ethiopia, Sudan, Southern Sudan and Kenya, which cover the deserts of the world map, face the most severe drought of the last 30 years. Especially in Somalia, Ethiopia, and Kenya that are affected by drought dozens of thousands of cattle have perished while thousands of hectares of arable land dried up. The death of even camels who are known to be the species most resistant against desert climate is a sign for the magnitude of the humanitarian crisis.

The drought in Somalia affected 6,2 million people that corresponds to 55% of the country’s population. As a result 1,1 million people migrated and reached the camps off the capital Mogadishu. 950.000 children are affected by the drought. Diarrhoea and fever are observed in thousands of children, which may easily lead to death.

The drought, which is felt even stronger in Southern Sudan, is hits the people harder due to power games played by various factions in the country. According to World Food Program’s report half of the population of Southern Sudan that is 5,5 million people have no access to food and water. Moreover 100.000 people face death risk.

The civil war and conflict that started in March 2015 in Yemen continues in full force while millions of civilians caught up in the conflict face hunger. The picture of the recent situation in Yemen is as such: 18,8 million people need aid and protection. NGOs applied to UN and international community for a safe passage for food and medicine delivery to the territories under the control of Husis.

As a result of the civil war, the estimated number of dead is 7070 while injured is 36. 14,4 million people need food and potable water. There are 3 million internally displaced civilians who need safe and healthy shelters to live. The region needs help in terms of safety of the civilians, food, healthcare and infrastructure.

UN called out for 4,4 billion USD aid as the organization reported that over 20 million civilians in Southern Sudan, Nigeria, Somalia and Yemen face famine.

UN Secretary-General Antonio Guterres gave a press conference and said, " More than 20 million people in South Sudan, Somalia, Yemen, and north-east Nigeria are going hungry, and facing devastating levels of food insecurity.  We need at least $4.4 billion by the end of March to avert a catastrophe.  I don't want to need the images of children dying in big numbers alerting the public conscience of states to allow for them to finally come with their support.  This is the moment in which we can prevent the worst effects, if we act urgently and strongly.”

IHH Humanitarian Relief Foundation aims to meet the basic humanitarian needs in the region with the help of the donors it will mobilize via call for aid. IHH will initially carry out the following in three different countries:

Distributing food hampers to 12.500 families in Sana, Amran, Aden, Taiz, Dali and other cities in Yemen within a forthnight.