Joyful News of an Upcoming Orphanage Project in Patani
IHH (The Foundation For Human Rights and Freedoms and Humanitarian Relief) took the first steps towards building an orphanage in Patani. Recently, a team of volunteers from IHH visited Patani to do a
SouthAsia, Patani 24.04.2010 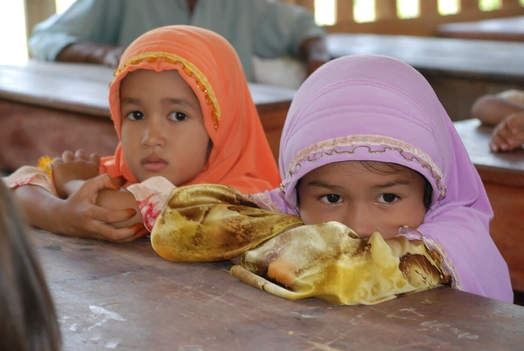 Muslims in Patani have been struggling to survive under Thailand’s oppressive acts. People of Patani, who have no connection to Thailand whatsoever apart from their lands being exploited by the Thai government, have held a great resistance for the sake of preserving their cultural and religious values. Their struggle of survival still continues up to this day despite the world public’s ignorance towards their resistance.

Thai oppression towards people of Patani still persists. Thai government took their illegal actions so far as to cross firing civilian vehicles on the roads. Thailand declared a state of emergency in the region. No one is able to question their military actions due to the state of emergency. Muslims have no security at all. They are too afraid to go out of their homes after the sunset. In the last 6 years, in Patani, thousands of people have lost their lives. Children are affected by the situation the most, as always. Assassinations and murders led to a significant rise in number of orphans in the region. The estimated number of orphans in Patani is more than 10.000, where the total population is 3.000.000.

Earlier, IHH held various aid projects in Patani especially during Ramadan and Eid Al Adha. Their latest campaign in the region is building an orphanage. Recently, IHH’s team of volunteers did the groundwork for their orphanage project during their visit to Patani. The team went to the land donated by its owner to the project. They did an inspection and assessment on the terrain, decided that it is suitable for building an orphanage. The orphanage, planned to be constructed as a 3-storey building as soon as possible, will be home to 100 orphans initially. The project is planned to cost USD 60.000 which is being gathered with the support from the benevolent people of Turkey. IHH team also delivered monetary and real aid to 60 orphans during their visit.